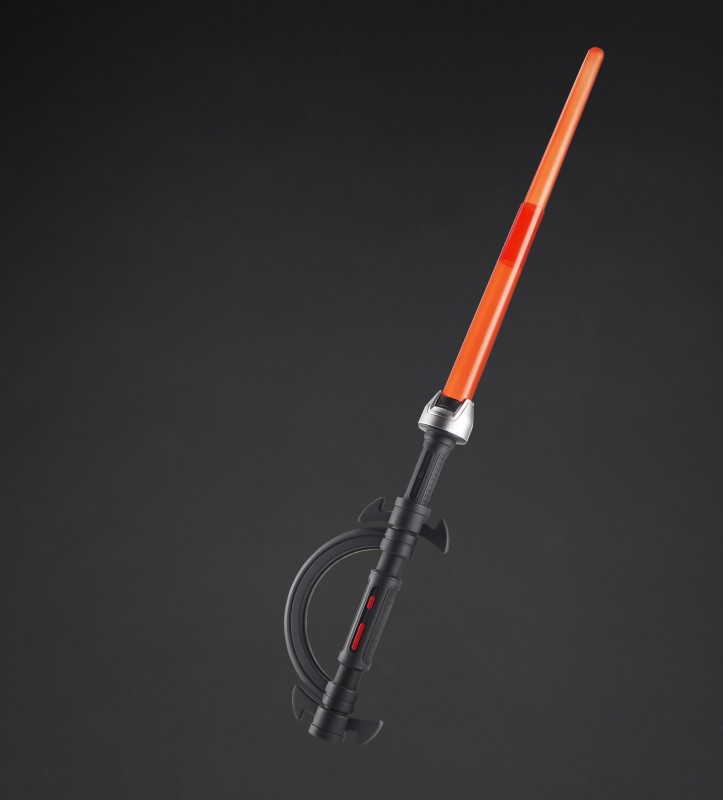 While Hasbro keeps lightsabers in rotation, rifles and other role play toys have had more sporadic releases.  To promote Star Wars Rebels, Hasbro will introduce The Inquisitor’s signature lightsaber and a Stormtrooper blaster.  There will also be a series of masks including Darth Vader, Stormtrooper, Ezra and the Inquisitor.

The line of Ultimate FX lightsabers will continue in 2014 with releases of Obi-Wan Kenobi, Yoda and Darth Vader.

While no official photo of Ezra’s mask was supplied, from shots at Hasbro’s Toy Fair event it looks as though his takes a queue from the classic McQuarrie Snowtrooper artwork.