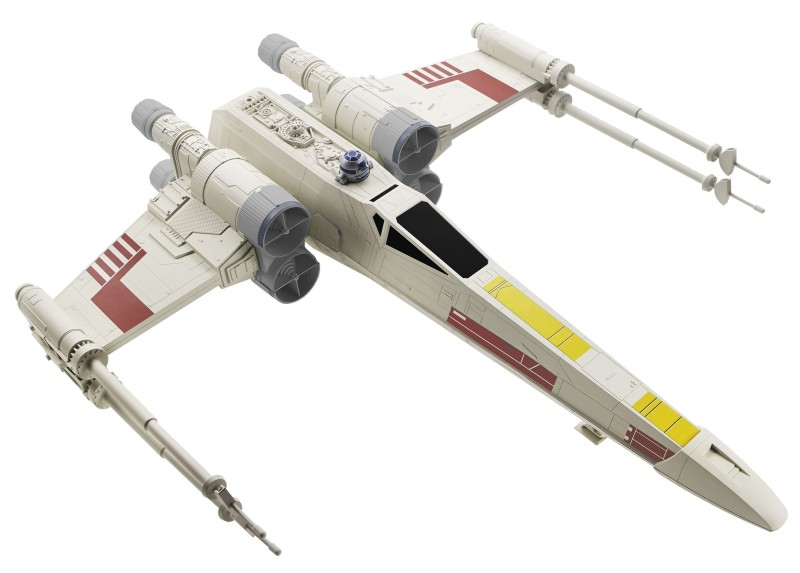 One of the odd releases Hasbro showed off yesterday is the new Hero Series X-Wing Fighter.  According to the report, the toy will be approximately 30-inches long and will have an MSRP of $39.99.  What makes this an odd release is that it’s not in scale with either the 4″ or 6″ line of figures, won’t have an opening cockpit or a removable droid, or interact with any of the action figure lines Hasbro is currently offering.

Toys-R-Us currently has an exclusive Vintage Collection X-Wing Fighter that carries a price of $59.99 so we have to wonder why Hasbro would see a market for a larger ship, even at $20 cheaper, when it removes many of the play features that an action figure line normally counts as standard?  Why not go the other way and modify the vintage Kenner style X-Wing to make it less expensive to produce, keeping the action figure-friendly features, and price it in the $25 range with the new Rebels TIE Fighter and Phantom?  It would seem to fit with the more simple design of the 5 points of articulation figures in the Saga Legends and Mission Series lines and work with the play patterns that Hasbro has been working with on the Star Wars line for the past 20 years.

Whatever the thinking, the ship does look like it has a nice design and we’ll have to wait and see how it’s received at retail.  Details on the Hero Series X-Wing below.

One of the most iconic STAR WARS vehicles of all time, in a totally new scale that has to be seen to be believed! The massive STAR WARS HERO SERIES X-WING FIGHTER is ready for even bigger battles, and is sure to become a collection centerpiece for kids and collectors alike!