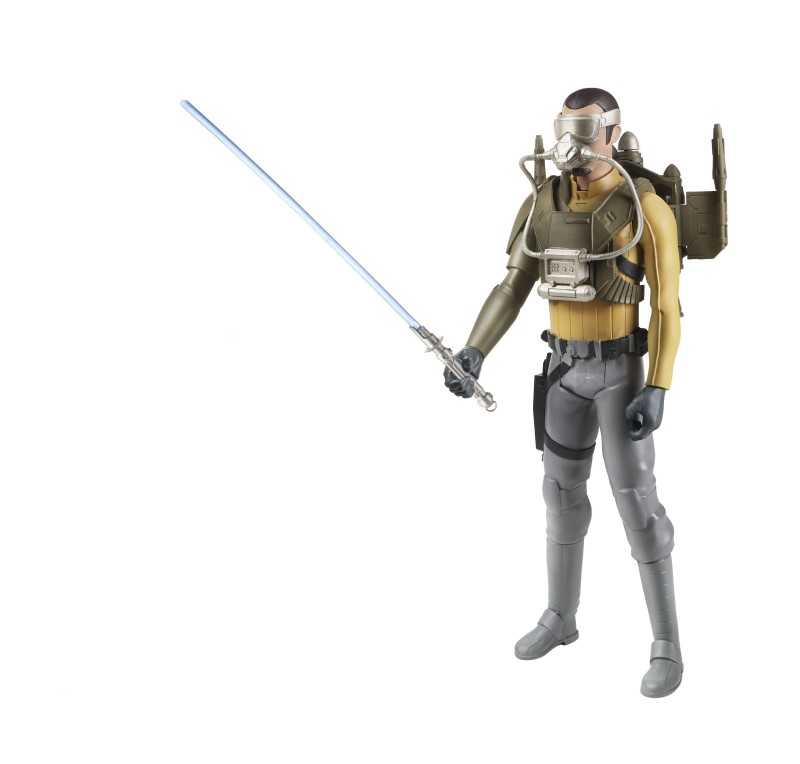 Hasbro started their new 12-inch line of figures in 2013 and continue with new releases in 2014.  There will be two price points for the line, $9.99 for the Hero Series and $14.99 for Hero Mission Series.  The lower priced line will have molded weapons and feature 4 or 5 points of articulation while the Mission Series will have more detailed figures with additional weapons and features.

While there will be classic characters in these lines, Star Wars Rebels takes center stage with Mission Series Kanan Jarrus and The Inquisitor while Ezra and Agent Kallus appear in the Hero Series.  Luke Skywalker, Jedi Knight, and a Stormtrooper represent the Original Trilogy.