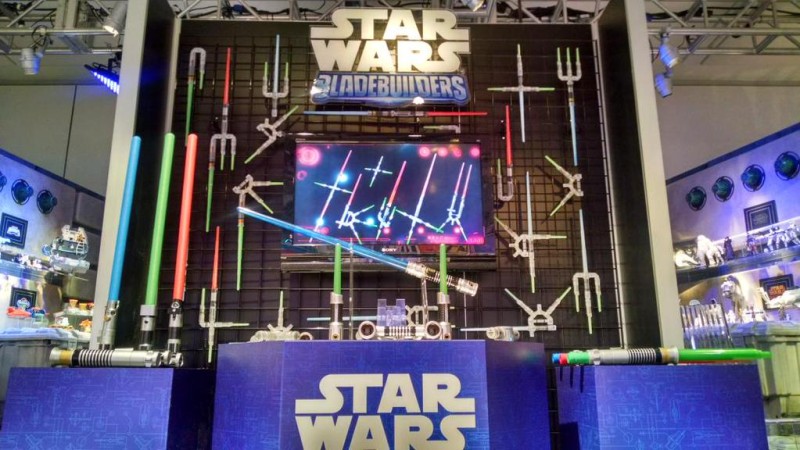 Hasbro’s annual Toy Fair presentation is over and what wasn’t shown for the Star Wars license is what’s going to be talked about; no new action figures in the 3.75″ or 6″ lines. The only figures shown, in the showroom only, were previously revealed for the Black Series and Saga Legends/Mission Series.

This year’s presentation focused on the new Bladebuilders line of lightsabers and the Star Wars expansion of the Hero Mashers line of parts-swappable figures.  The new Furby mashup, Furbacca, was also on stage and mentioned in the presentation.

All of the above was shown on the floor along with the new Play-Doh Can-Heads and a revitalized Galactic Heroes line that brings back the name but sticks with the more recent Jedi Force style of figures.

The Hero Mashers line will include both basic and deluxe releases and will launch this fall with the following lineup: