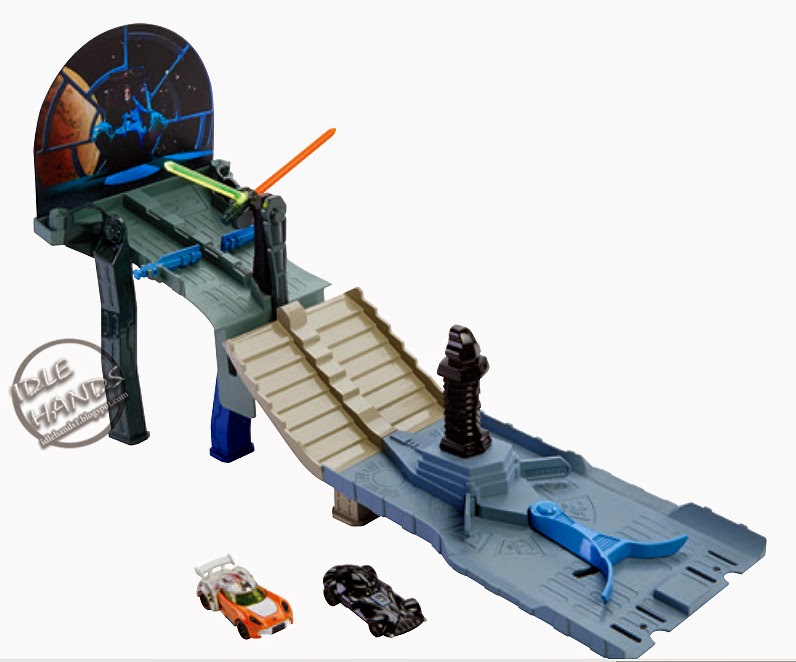 Hot Wheels is showing off several new Star Wars items at Toy Fair including new Character Cars and Vehicles along with playsets.

Besides the Death Star playset announced yesterday for the Character Car line, new sets were shown off to go with the upcoming Vehicle line. There will be Flight Controllers featuring lights and sounds as well as a Geonosis set with a Homing Spider Droid and a Death Star set.  The playsets will come with cars and vehicles so some of the items listed below may be pack-ins.

There will also be a radio controlled Darth Vader Character Car.

Hot Wheels was showing several Character Cars that are out now so we aren’t listing them, just what was new.