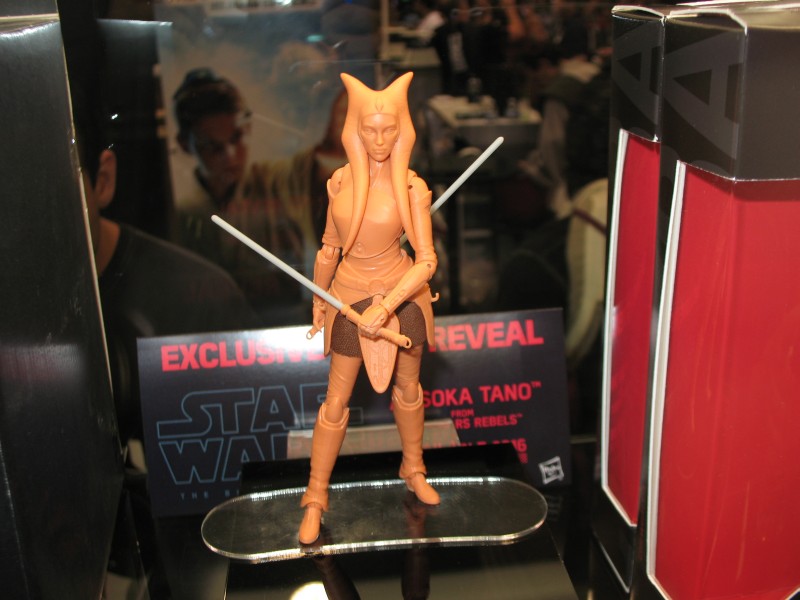 At past Celebrations, Hasbro has had one of the larger booths on the show floor but this year was different, it was very small with only two display cases and it was located halfway down the main aisle, not front and center.

For the first time, Hasbro partnered with Diorama Workshop to include the finished diorama as part of their booth.  They held several signings throughout the weekend, including one with Dave Filoni, and debuted only one new action figure; 6″ Black Series Ahsoka Tano. This was the first Celebration event that Hasbro didn’t hold a panel during the show so any Q&A sessions with them were arranged independently over the course of the weekends.

Other than the Ahsoka reveal, the other product in the case were of figures that are already out or due out over the next few months, including those that debuted during last year’s New York Comic Con preview night.  Two highlights were the new Darth Vader and Ahsoka Tano figures from the Rebels Saga Legends line.

As with the other companies in attendance, no mention of The Force Awakens was made and while they did say that they’ll have a San Diego Comic-Con exclusive this year, it wasn’t revealed.