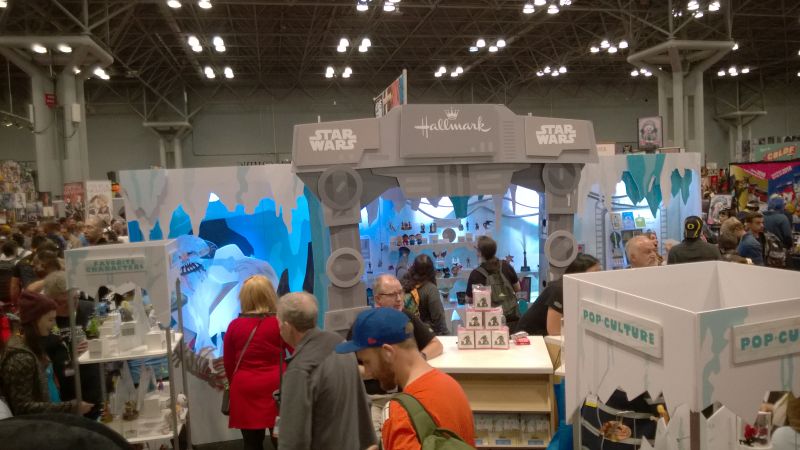 The Hallmark booth is always popular both for the fun exclusives and the look ahead at ornaments and gift ideas.

Fans of the itty bittys line can also look forward to new The Force Awakens entries with Rey and Kylo Ren.  Four holiday themed itty bittys were on display and include R2-D2, C-3PO, Chewbacca, and Yoda. BB-8 is coming in the near future as are two Ewoks, one of which is Wicket.  The itty bittys line is also expanding with backpack hangers (Vader and a Stormtrooper) and ornaments, two of which are already available for sale at your local stores.

Before we get to the 2016 Keepsake Ornaments, there’s still one left for 2015, Phasma.  Next year we can expect a Stormtrooper helmet and Darth Vader greeting a captured Princess Leia.  There’s also a Death Star tree topper in the works.

If you’re not into ornaments there are still some cool items on the way. The Cubeez line will expand with a set of four The Force Awakens themed boxes; BB-8, Rey, Kylo Ren, and Captain Phasma. Hallmark also teased a Cubeez featuring Han Solo frozen in carbonite.

New glasses, mugs, coasters, and a Chewbacca candy plate were on display.