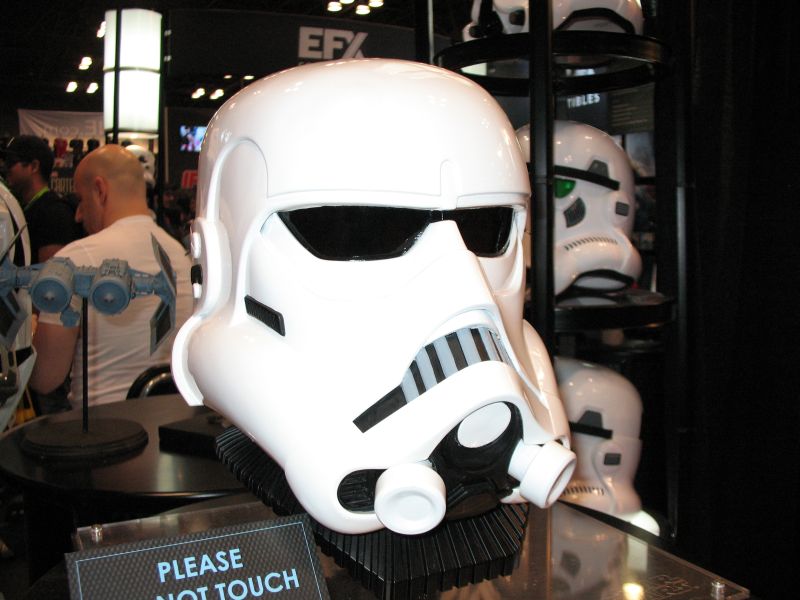 eFX had a small but fascinating booth at NYCC this year. They were showing off props from both Star Wars and Marvel and slipped in a little Back to the Future love.

One of the exciting items was their new Death Star surface module replicas, available in a show exclusive.  Armor fans had a look at several Stormtrooper helmets, the always cool Ralph McQuarrie concept, and both Emperor’s Royal Guard and Scout Trooper busts.  A full Stormtrooper set was on display as well.

Rebels weren’t completely neglected with an X-Wing helmet and R2-D2 roaming the booth.  Besides the armor, fans could check out the models of the TIE Bomber, AT-ST, Millennium Falcon and the escape pod from A New Hope.

Back to the Future had a large presence at Comic Con this year and eFX had a license plate and watch on display along with other replicas of items from the film.

Loki’s helmet and staff and a bust of Star Lord were centerpieces for Marvel fans. Both Iron Man and Ant Man helmets were also on hand.