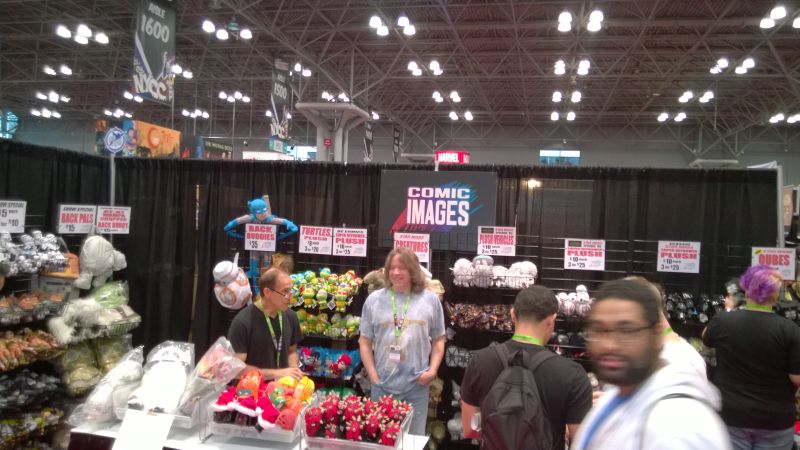 We’re kicking off our coverage of New York Comic Con 2015 with a look at the Comic Images booth.  They had a new line of plush figures called Qubes which is mostly what it sounds like; deformed characters sporting cube shaped heads and bodies.  Comic Images was showing a mix of Original Trilogy characters in the new style including Darth Vader, Yoda, Chewbacca, R2-D2 and Boba Fett.

Along with their established line of Super Deformed Original Trilogy characters, new The Force Awakens characters were available.  The first characters out include BB-8, Kylo Ren, Rey and Finn.

Also expanding is the line of plush vehicles. They had both the OT Millennium Falcon and a new version that represents The Force Awakens.  Poe’s X-Wing fighter and a new First Order TIE Fighter were available as well.

BB-8 also made an appearance in the Back Buddies line of backpacks.

Rebels characters have been out for a while now and they were all available at the booth. Ezra, Kanan and the Inquisitor were joined by Chopper, Zeb and a Stormtrooper. We still don’t have the complete Ghost crew, however, as Hera and Sabine aren’t available.

While there were no new creatures, you could pick up a Wampa, Dewback or Bantha.

The booth was dominated by Star Wars items but there was also an assortment of Teenage Mutant Ninja Turtles and DC superheroes and villains.