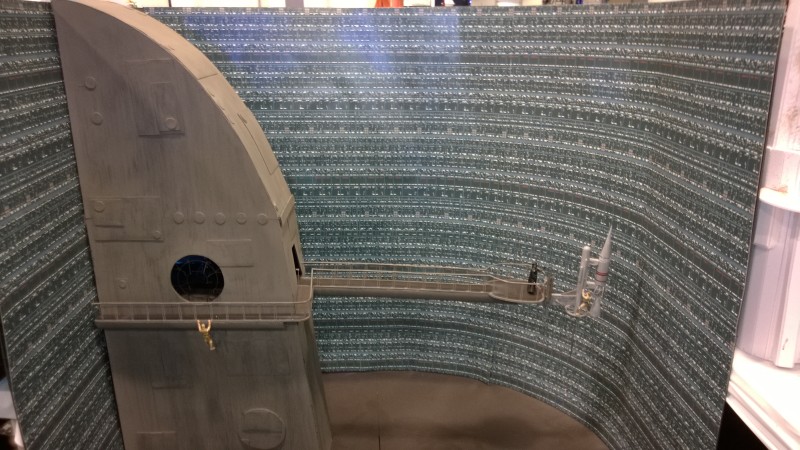 One of our favorite attractions at Celebration has always been the Diorama Workshop build.  During the event, Frank D’iorio of DioramaWorkshop.com provides blueprints and materials for fans to sit down and build a piece of the larger diorama which is assembled, by show’s end, into a large and detailed display.  Action figures and vehicles are donated by fans and are used to populate the scenes created by fans.

This year, Diorama Workshop officially partnered with Hasbro to bring Cloud City to life.  While the workshop portion of the Diorama Workshop attraction had it’s own booth space, the final assembly took place at the back of the Hasbro booth.  Hasbro also provided action figures for the final build.

Fans who participate in the build can take home their creations at the end of the day on Sunday and at every event, the figures and toys that populate the diorama are raffled off to the young fans in attendance.  This year a special giveaway was included after Mirko Martinovic designed a custom TIE Fighter featuring the colorful decoration of Sabine Wren as featured on Star Wars Rebels.

We have video of the diorama that we’ll finish editing and post separately later. Until then, take a tour of Diorama Workshop’s Cloud City via the 82 photos we’ve uploaded.