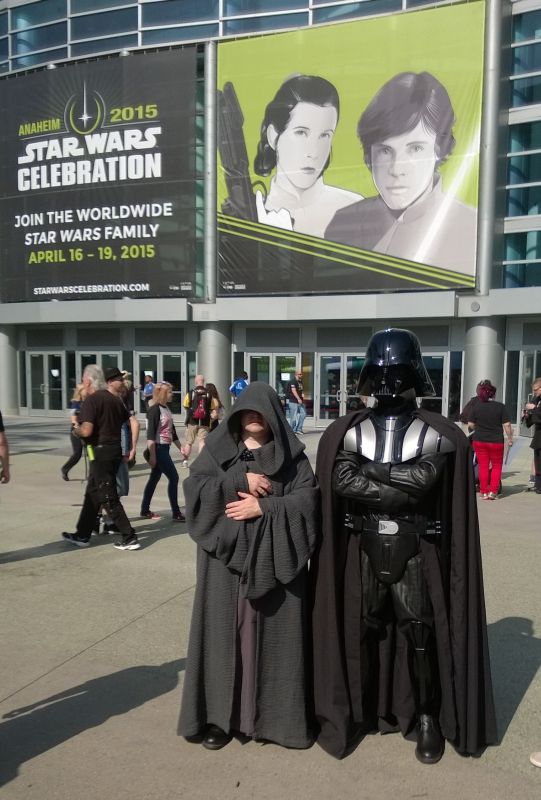 Even with the 501st Legion, Mandalorian Mercs and Rebel Legion on hand during Celebration, that doesn’t deter unaffiliated fans from dressing up as their favorite characters from the Star Wars Universe.

There were plenty of Emperors and a few slave Leia’s around but the really inventive costumes were Zeb and Hera from Rebels and the excellent Jedi Temple Guard we spotted early on Thursday of the show.  Padme was very popular this year and we can’t forget the awesome Hammerhead that showed up for the Archive Party on Thursday night.