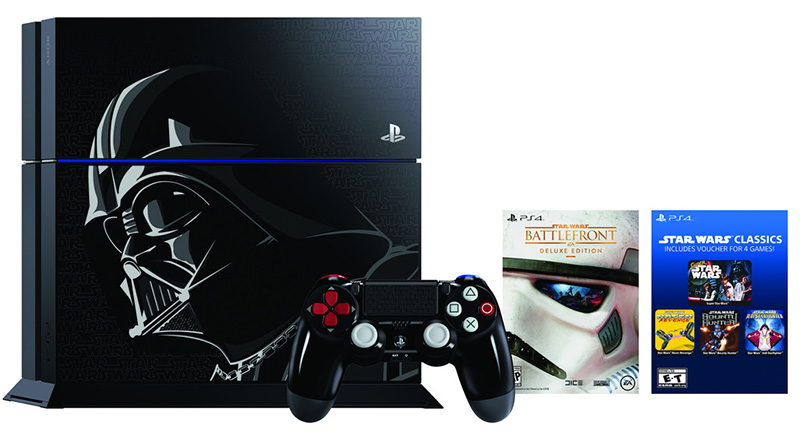 Announced during Disney’s D23 event this past weekend, Sony will be releasing a special edition PlayStation featuring Darth Vader graphics on the console and a themed DualShock 4 controller.

There will be two bundle packages available.  Both will include the PS4 system and controller along with Star Wars Battlefront Deluxe Edition and a voucher to download four legacy games; Star Wars: Racer Revenge, Star Wars: Jedi Starfighter, Star Wars: Bounty Hunter and Super Star Wars.  The second bundle will also include Disney Infinity 3.0 which comes with the Disney Infinity Base, Rise Against the Empire Play Set with Luke, Leia and Boba Fett figures.

A standard edition Star Wars set will also be available with Battlefront and the downloadable games.  Pre-orders are on the way and the bundles will be available on November 17, 2015 along with the launch of the game.