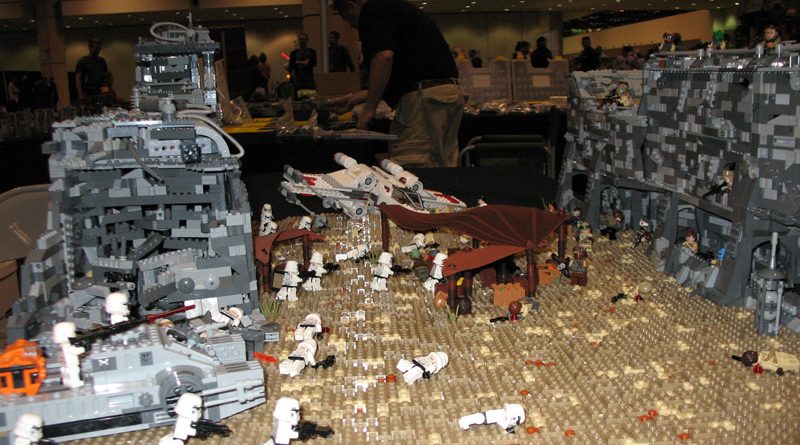 While there were several dioramas at the Lego User Group display that were well done, one stood out. Local builder, Quinlan, created two scenes from Rogue One’s Jedha City; Chirrut and Baze fighting the Stormtroopers and Jyn and Cassian being caught in the attack by Saw Gerrera’s people.

It took Quinlan two months to complete the build using the movie trailers as reference. There are over 2,000 elements in the build and with the exception of the Imperial Assault Hovertank, X-Wing, and the minifigures, it’s an organic build.

This isn’t the largest build Quinlan’s done. He said that he’s been collecting Lego since he was a kid but has only been building larger creations like this for about two years; which is how long it took him to build his 72″ Kashyyyk diorama which features a 24″ high mountain. He sources many of his bricks from Bricklink but also buys sets at retail.

Thank you to Quinlan for taking the time to tell us about his Jedha City build. It’s an impressive build and we wish him well on his future builds.