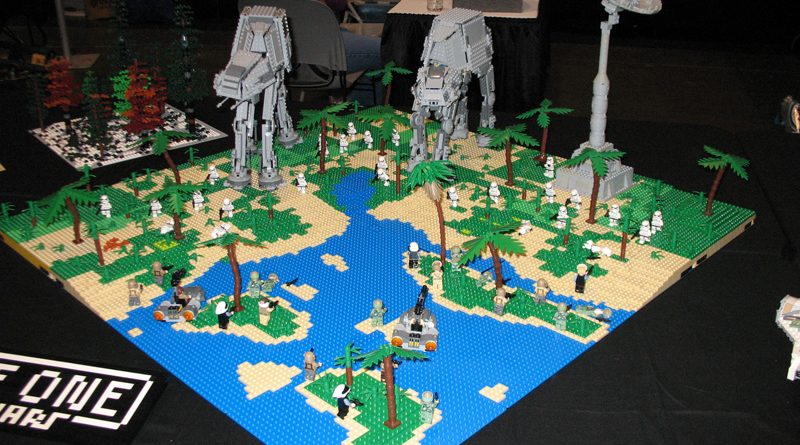 At several previous Star Wars Celebrations, local Lego User Groups (LUG) have had displays of custom builds of ships, buildings, and dioramas. At this year’s Celebration there was a nice layout of both custom and stock Lego builds, including scenes from all eight theatrical movies and dozens of ships and playsets.

One of the standouts was a custom build of Jedha city from Rogue One which we’ll cover in a second post.