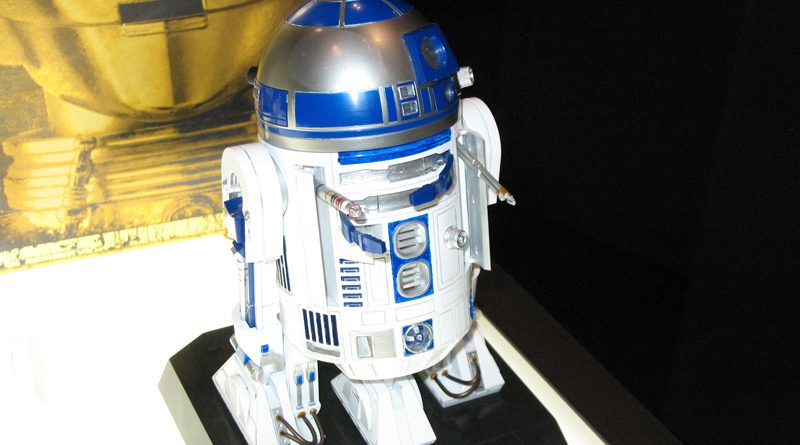 Bandai had a large selection of current and upcoming merchandise at the Blue Fin booth during Celebration. Fans of the Tamashii Nations Movie Realization brand can look forward to a Shadow Stormtrooper, Darth Maul, and Jango Fett. Boba Fett fans will be interested in this year’s San Diego Comic-Con white prototype version of the character. Jango is scheduled for an October release while Maul will be out in November and the Stormtrooper in December.

We also had another in-person look at the Chogokin Perfect Model R2-D2 which will be a companion release to their C-3PO. The die-cast R2-D2 will feature lights and sounds along with a highly detailed body with opening panels and extendable tools. The model even includes grey leg connectors that mimic those used on-screen in the Original Trilogy when Kenny Baker was inside the Artoo body.

One of the highlights of the display were the new plastic model kits. The line includes a large amount of starships that are highly detailed. During the Star Wars Collectibles Update panel on Friday afternoon, the models were discussed in length. The models were designed after researching the screen-used models as well as the vintage model kits that were originally used to kitbash them. All of the models will be snap-fit but the detail will be there for builders to add their own paint and really detail them to their liking.