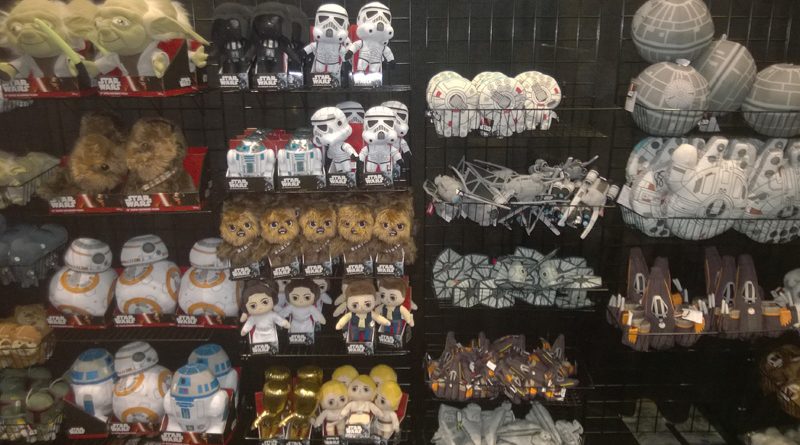 Comic Images had a nice display of their plush lines at Star Wars Celebration in Orlando last weekend. They had the new Rogue One Death Trooper and K-2SO super deformed plush figures along with the new U-Wing and TIE Striker vehicles. Also on display, backpacks, pillows, and the 40th Anniversary Edition plush characters including Luke, Leia, Han Solo, Chewbacca and Darth Vader.

The Stance booth was packed with new Star Wars themed socks which include character designs from the Original Trilogy and The Force Awakens as well as socks representing Jedi, the Empire, and Rebellion.

SuperHeroStuff.com had a booth on the show floor where they highlighted multiple Star Wars hats, both baseball style as well as knit caps.

Finally, American Tourister had a selection of their hard sided Star Wars luggage in their booth. The popular designs on display included BB-8, Boba Fett, and R2-D2.