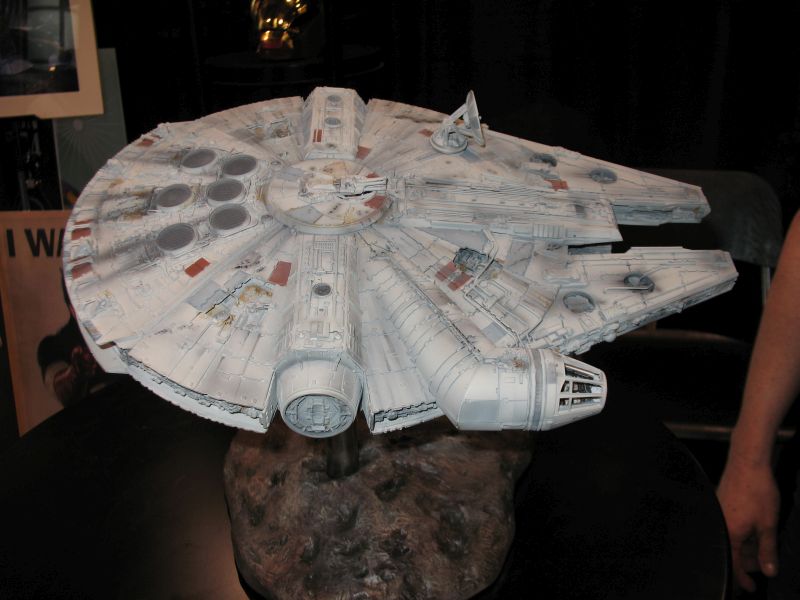 There were a lot of exciting things to see and do at Star Wars Celebration and we’ll have plenty of recap coverage over the next couple of days. There will be some photo albums and more details from the panels we attended during the weekend. And let’s not forget video, it’ll take a little longer to cut that together but we should have a look at the finished Cloud City built by Diorama Workshop, with help from the fans in attendance.

First up, we’ll cover the panels we attended on Thursday. Of course we watched the presentation by JJ Abrams and Kathleen Kennedy, which was available via livestream, so we’ll mostly cover panels that weren’t simulcast. We attended the Star Wars Collectibles Update with Lucasfilm’s Anita Castellar on Thursday. The panel featured representatives from eFX, Tamashii Nations, Sideshow, Gentle Giant and Kotobukiya.

The first had to do with the possibility of Expanded Universe product continuing now that the novels and other material have been labled Legend. Anita’s response is that they are “evaluating it” and the focus for now will be on The Force Awakens and original Saga movies.

Even though we new there wouldn’t be much talk about The Fordce Awakens product, a question was asked about the types of product we can expect. There were no details only that there will be a large focus on it from all licensees later this year and going forward.

We didn’t photograph the slides during the presentation so we’ll split coverage into posts for each company and post photos from their booths on the Celebration show floor.

eFX will be moving forward with several Studio Scale models including Gold Leader’s Y-Wing, AT-ST, Probe Droid, Millennium Falcon and the escape pod that C-3PO and R2-D2 used to escape the Imperials in Star Wars: A New Hope. They are also producing a Yoda puppet like the one used in The Empire Strikes Back.

One item that got some “oohs” from the crowd is a full scale radio controlled R2-D2.