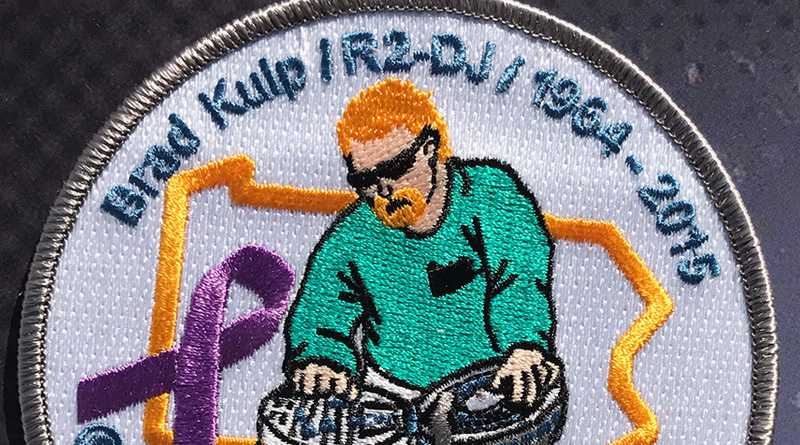 On July 15, 2015, Pennsylvania Star Wars Collecting Society (PSWCS) member Brad Kulp lost his long fight with cancer, succumbing to a GIST tumor. In lieu of flowers or gifts, his family asked that donations be made to Fox Chase Cancer Center, the hospital where he was treated.

To remember Brad and honor his wishes, the PSWCS have produced a memorial patch.  The patch features artwork given to Brad as a thank you for his service to PSWCS, and was used by Brad as his Facebook cover photo and to promote his DJ business.

The 4” patch has been manufactured in a one-time run of 100 pieces, and is approved by Lucasfilm. Brad was a passionate patch collector, and we believe this fundraiser will be an ideal way to honor his memory. Each patch will be $11 shipped in the US and all proceeds raised by this fundraiser will be donated directly to Fox Chase Cancer Center.