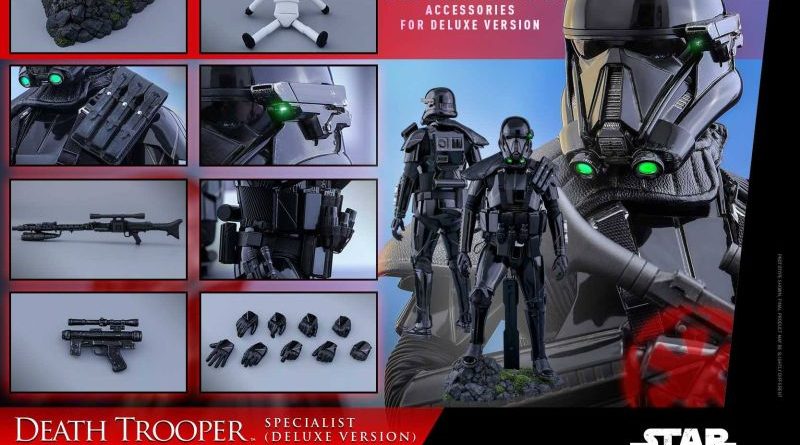 First up is the Imperial Death Trooper Specialist (Deluxe) which will include an exclusive Stormtrooper doll and diorama base.  The figure also includes several interchangeable hands, black pauldron, chest rig, two blasters, and LED lights.

The second announcement includes interchangeable hands, three blasters, a stand, and LED lights but doesn’t include a pauldron or extra gear that denotes a Specialist.

Neither have been posted for pre-order by Sideshow at this time but you can still put in an order for the Death Trooper (Specialist) which will set you back $234.99 and is still listed with a release date before the end of the year.

Additional photos of the Specialist and Death Trooper can be found on the Hot Toys Facebook page.