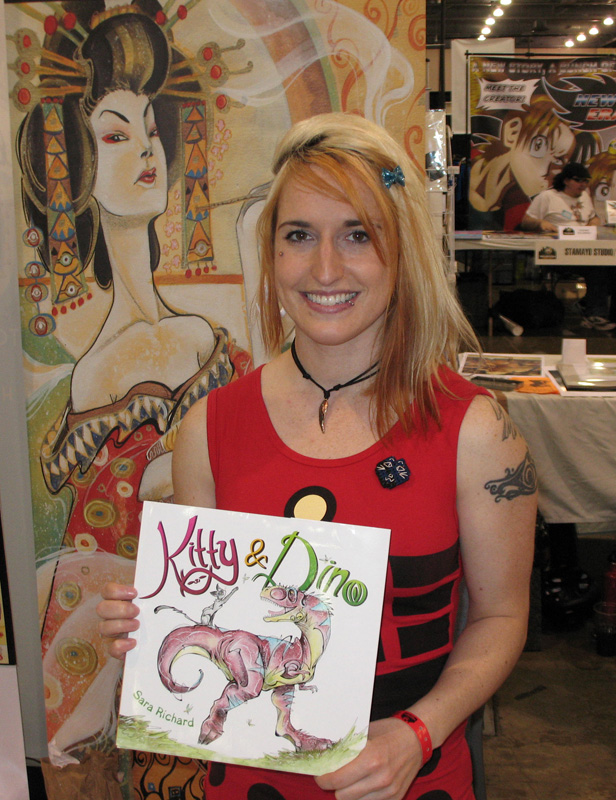 Sara Richard is a freelance illustrator from New Hampshire who published her first children’s book, “Kitty & Dino,” last year.  The book is now nominated for an Eisner Award for Best Publication for Young Readers.

Besides travelling to comic conventions around the country, Sara has also been working on variant covers for IDW’s My Little Pony comics and previously worked for Hasbro as a sculptor.  Sara took a few minutes to speak with us this past weekend at Wizard World Philadelphia.  We spoke about her book, the comics and dream job as a dinosaur sculptor.

You can see samples of Sara’s work and check her calendar for upcoming events on her website, sararichard.com.  “Kitty & Dino” is available on Amazon.com.

The Eisner Awards will be announced at this year’s San Diego Comic-Con.