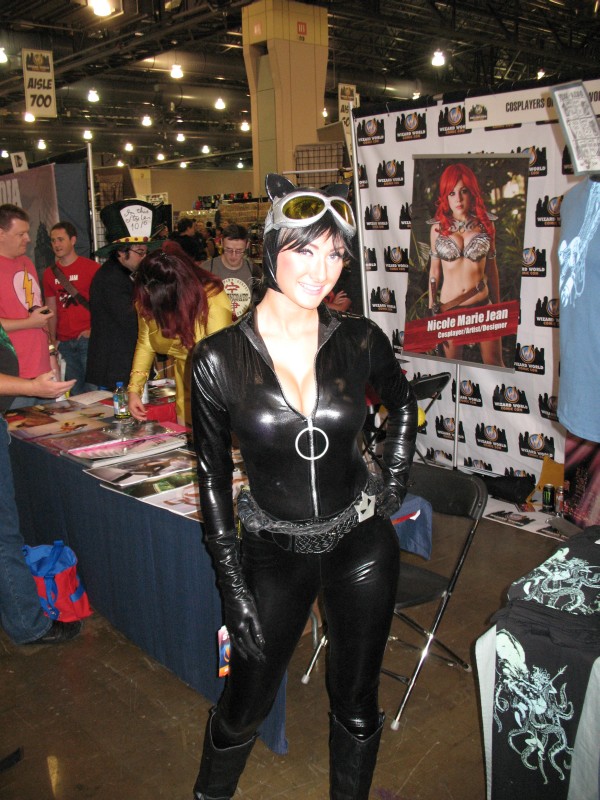 Wizard World Philadelphia was celebrating its 13th anniversary this weekend with their annual show at the PA Convention Center in Philadelphia, PA.  We attended on Friday, May 31st and had a chance to shop through booths of comics, statues and toys, check out the excellent artwork from the talent in Artist Alley and catch a glimpse of some of our favorite actors and actresses.

While there were no autograph stops for us this year, fans of Joss Whedon’s “Firefly” and Serenity properties could meet Adam Baldwin, Summer Glau, Jewel Staite and Gina Torres.  The Superman property was well represented with both Brandon Routh and Dean Cain holding court, not to mention “Smallville’s” Jimmy Olsen, Aaron Ashmore.  Aaron’s brother, Shawn, who appeared in the X-Men movies joined him along with Ray Park who played Toad in the first X-Men movie.  Park is also famous, as I’m sure you all know, as Darth Maul from Star Wars: The Phantom Menace and Snake Eyes from the two G.I. Joe films.

Artist Alley was packed with talent this year, including Jay Fife, who did a sketch for us, and Kevis who showed off his amazing Twisted Wire creations.  We also have an interview coming later with Eisner Award nominated artist Sara Richard.

Garrison Carida of the 501st Legion had a booth where they were raising funds for charity with their Shoot-A-Trooper event.  PA’s Clan Mav Oya’la, of the Mandalorian Mercs, were cosplaying this weekend and we also spotted the true hero of the Rebellion, R2-D2, tooling around the floor.

There were a lot of costumes of Marvel and DC superheroes, video games were represented and one of the more popular franchises this year was Doctor Who.

You could have your picture taken with the Batmobile, Mystery Machine, General Lee or the Back to the Future DeLorean.  If you’re really into time travel, there were several appearances of a certain Police Box as well…but the question is, was it the same box in multiple places or multiple boxes?  We may never know.

This year’s show had a decent mix of collectibles and comics with the recent big screen Marvel properties being well represented.  Iron Man, Thor, Captain America and Spider-Man being the most prominent, while Superman was getting the buzz for the DC properties.

High end comics and original artwork were available at the show but you didn’t have to spend a fortune, boxes of $1 back issues were all over the place and 1/2 price trades, including relatively recent hardcover books, were abundant as well.  We spotted a lot of Marvel Universe and Legends figures mixed in with DC stuff from Mattel.  Some recent and popular Hot Wheels were hanging on a lot of pegs but vintage stuff didn’t stand out, if anyone had it.  Even though Star Wars had a presence, we couldn’t have been less interested in it.  There wasn’t much in the way of vintage G.I. Joe toys but several booths did have 25th Anniversary stuff alongside recent G.I. Joe Club Figure Subscription offerings.

We attended the Ray Park panel Friday afternoon and would recommend meeting him if you get the chance.  Whether it’s taking time for photos and a handshake at his booth or answering questions during a panel, he’s one of the most humble and personable people you’ll meet.  Having spoken with him a few times previously, he’s always got a fun story from a film to relate.

Overall, this year’s show was decent.  There was a mix of things for everyone to do and see but unless you’re attending specific panels or are looking to meet certain celebrities, you should be able to do the show all in one day.  Wizard World Philly is one of the larger and longest continuously running shows of its kind and we would recommend attending if you get the chance.  The show is diverse and well attended but not as crowded as New York Comic Con or SDCC.