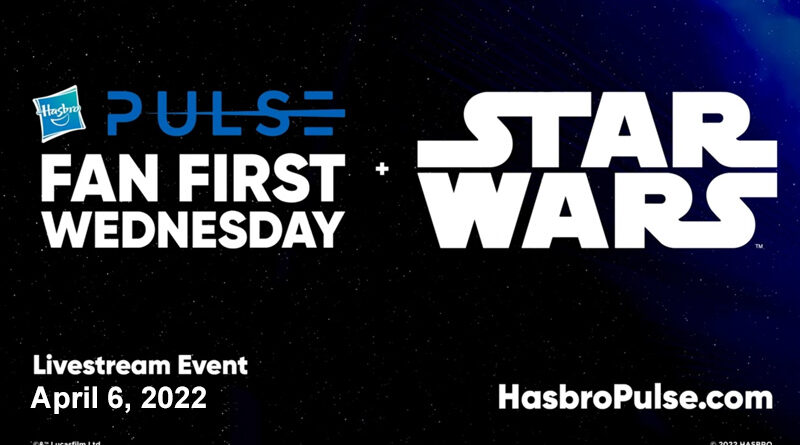 Hasbro’s Fan First Wednesday livestream just ended and today we had several new Vintage Collection and Black Series reveals which will be available for pre-order tomorrow, April 7th, at 1:00PM Eastern. Most are wide release or available as shared Fan Channel releases (which includes Hasbro Pulse), while there are a couple store exclusives mentioned below.

The stream kicked off with a recap of some previously announced figures before mentioning the Vintage Collection Figrin D’an which was previewed last night by several fan sites. This will be the only carded release of Figrin D’an, but Jing mentioned that he’ll be available again packed with the full band. No additional details for that type of release were provided. 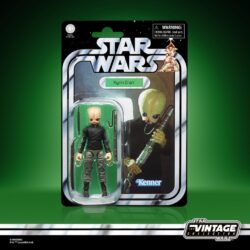 A Pipeline reveal in February, the Black Series Saw Gerrera is now ready for order. Listed as #10 in the Deluxe line, Saw will be available at all major retailers & Pulse starting on April 7th for a Winter 2022 release.

Moving into the Vintage Collection, the first two announcements are from the new Gaming Greats line. Returning will be an updated Shae Vizla from Star Wars: The Old Republic. She has an brand new head sculpt and features the Photoreal face printing. Next up from Star Wars: Battlefront II is the unlockable version of Lando Calrissian. The figure uses same digital print technology as the head sculpts to recreate the shirt design. Land also has a two-tone soft goods cape.

Both Gaming Greats figures are shared Fan Channel releases, including Pulse, and will be available for pre-order 4/7 at 1:00PM and releasing Fall 2022.

In the main line of releases, we had three announcements. Coming to a single card is ARC Trooper Jesse from the 501st Legion ARC Trooper 3-pack. That completes the release of all three ARC Troopers from the set.

All three figures are main line releases and will be available at all major retailers, including Pulse. As with the other announcements, pre-orders open on April 7th and will ship in Spring 2023.

Helping to build out your armies and populate the Nevarro Cantina playset is the Imperial Death Trooper builder pack. The set includes one Captain and three Troopers. This will be a Hasbro Pulse exclusive and available on April 7th for pre-order with Fall 2022 release.

The final reveal for the 3.75″ scale is from the Vintage Collection adjacent Retro line and continues the Prototype series with Chewbacca. The same colors as previous releases are used here. Because Chewbacca’s head is part of the body sculpt, the bowcaster will have color variants. There will be six variations again this round. As with previous releases, Chewbacca is a Target exclusive in the US, available April 7th for pre-order and releasing Summer 2022.

Moving back to the Black Series, there were three announcements from the Publishing Program subline, featuring characters and decos based on comic book appearances.

The final reveal is a new Black Series role play helmet for Trapper Wolf. The helmet features sound effects and dialog from The Mandalorian.

There were Pipeline reveals for both Vintage Collection and Black Series.

From The Vintage Collection we can look forward to four new figures that haven’t been released before from The Mandalorian.

The two Black Series announcements are also from The Mandalorian.