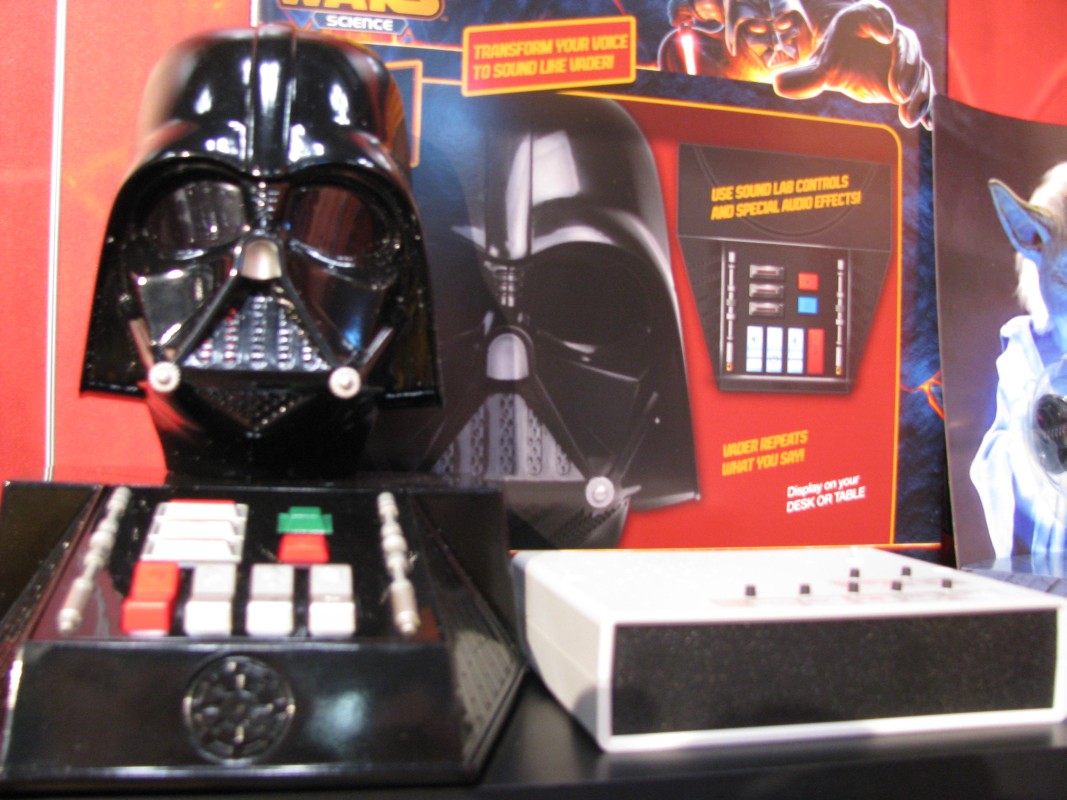 Uncle Milton debuted their Star Wars line of science toys four years ago at Toy Fair with items like the innovative Force Trainer, Jedi Projector and Dagobah Frog Habitat, and this year they’re back with several new inventions.

Several favorite sets, including the Mustafar Volcano Lab, Force Glove and Mini Lightsaber Techlab, look to be coming back and will be joined by the Infrared Force Battle Trainer, Darth Vader Voice Lab and Force Lightning Energy Ball.

The Infrared Force Battle Trainer comes with two targets, Battle Droid and Destroyer Droid, and a wrist controller that shoots an infrared beam which you can use to “push” the targets from their base.  The learning curve for this set is with infrared technology; how far away can a child go and still knock the targets off, can you shoot the infrared force beam off a mirror or glass and still have it work?

The Darth Vader Voice Lab is for all the young and aspiring Ben Burtts out there.  It features a Darth Vader helmet and base shaped like his chest box.  The Sound Lab has an audio mixer that allows you to apply effects to your voice.  Kids can learn how sound works and how to alter it.

Finally, the Force Lightning Energy Ball includes an electric plasma globe on a stand with Yoda graphics.  This set allows kids to learn about energy and what attracts it.  Touch the ball with your fingers or other objects and see what attracts the lightning and what doesn’t.