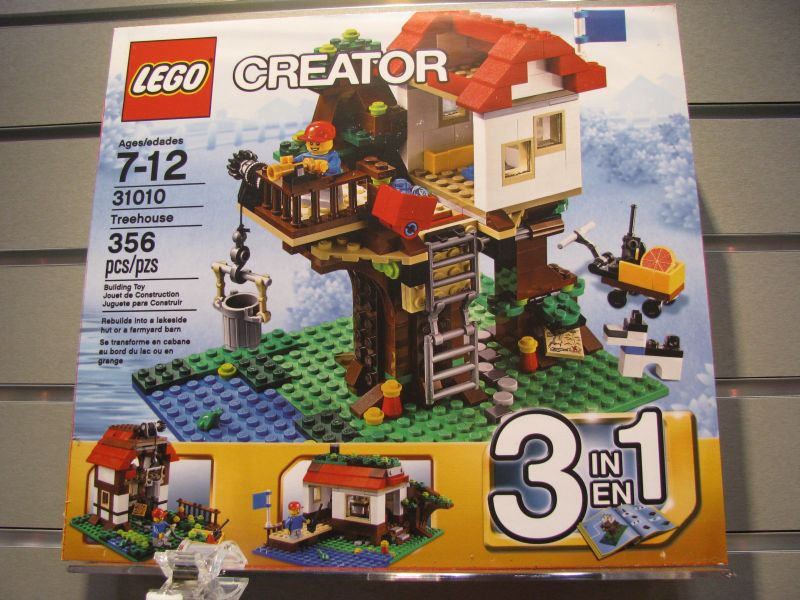 The Creator line from Lego always has some interesting sets with many of them able to build two or three models right out of the box.  While there are probably 10 or so new sets for 2013, three that we thought were cool were the Small Cottage (out now), Treehouse and Family House.

All three sets are triple changers, to spin a Transformers phrase, and the Family House (31012) will include a light brick.  We really like the Treehouse and may have to put that on the short list for later this year.