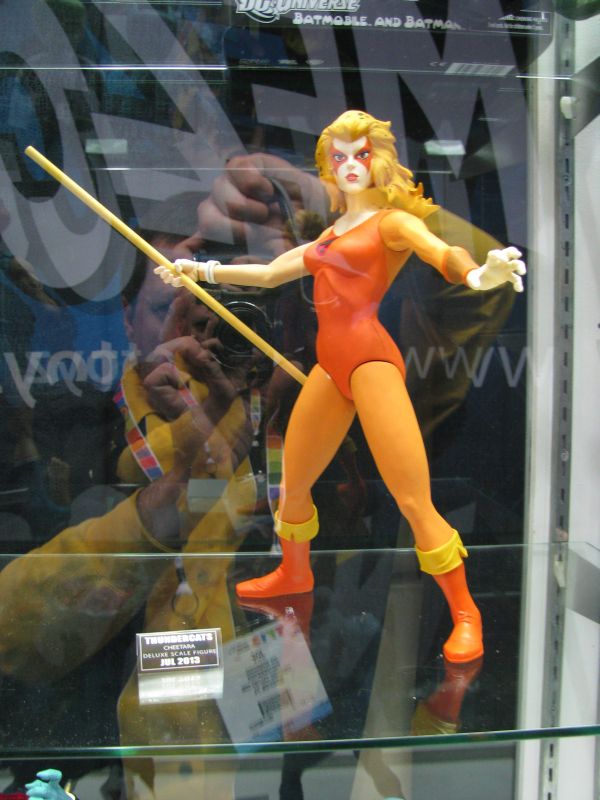 Stepping away from all the Star Wars news, let’s look at the Mezco Toyz line of ThunderCats Classic figures and some upcoming DC Comics releases.

A new 3.75″ scale line of Mars Attacks figures are slated for a July release and they’ll go along with 24″ and 6″ versions.

The Mez-itz line continues with a Man of Steel 6″ Superman Man figure and 2″ Mini Mez-itz Jor-El, Superman and Zod.

The Dark Knight Rises is represented by a Batman and Bat Pod Mini Mez-itz and there’s a 4-pack of Batman, Joker, Scarecrow and Two Face.

If you like the DC heroines, look for Mini Mez-itz of Poison Ivy, Batgirl, Catwoman and Harley Quinn.

Several 6″ designer vinyl figures are on their way from DC; Wonder Woman, Batman and Joker.

Mezco will be bring out a line of 3.75″ Axe Cop figures and plush toys mid year.