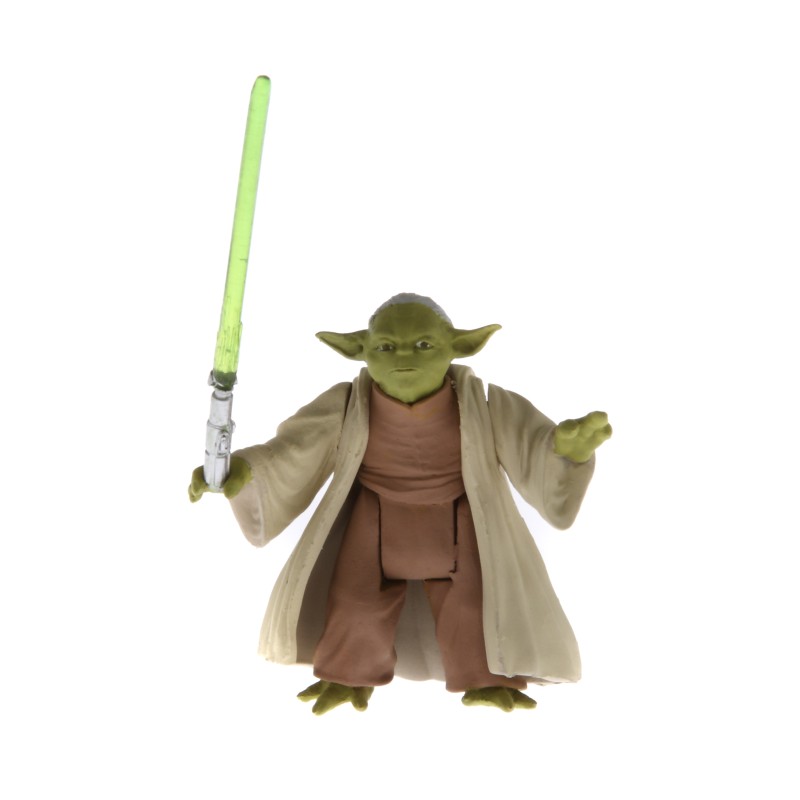 It’s a trend that Hasbro and other companies, notably Mattel, have been going back to fewer points of articulation in order to bring lower action figure prices to retail stores.  We’d already seen this from Hasbro with last year’s G.I. Joe vehicle drivers and early photos of this year’s Spider-Man and Iron Man figures, and it tracked that we would see it eventually in the Star Wars line.

Eventually was this weekend.  Hasbro unveiled the replacement line for Movie Heroes, going back to the Saga Legends name, and brought out a whole wave of newly sculpted figures with 5 points of articulation.  The look and “feel” of the line is very vintage Kenner and although we never like to lose advances such as innovative wrist joints and other well-hidden articulation, we have to admit that these figures look quite well done.

Priced at a reasonable $5.99, the eight figures shown off for the reborn Legends line are a good mix of Prequel Trilogy characters that seem to be targeted at kids and entry level collectors.  With the Black Series, Hasbro is directly targeting the more hardcore collector but we think a few of these figures may find their way into their hands as well.

Photos after the break