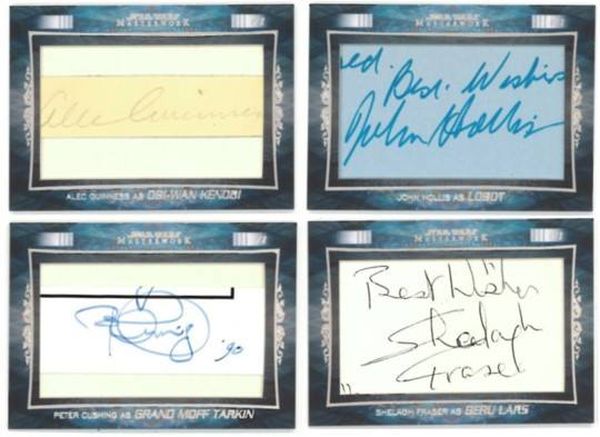 Topps posted a photo to their Facebook timeline yesterday to highlight four of the five cut signatures that will be in the upcoming Star Wars Masterwork set and they include Alec Guinness, Peter Cushing, John Hollis, and Shelagh Fraser who played Obi-Wan Kenobi, Grand Moff Tarkin, Lobot and Aunt Beru respectively.

These are each 1 of 1 cards and will be inserted into packs of the new set.  The Masterwork set will be released in February with a the premium price of $50 per pack or $200 per box.  This is a hobby release only so check with your local card and comic shops if you’re interested in picking them up.