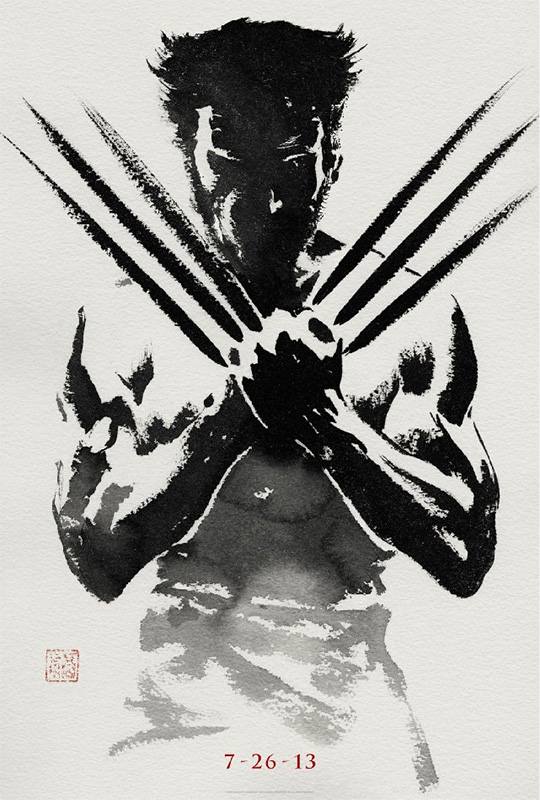 If you read my review of X-Men Origins: Wolverine you’ll know I wasn’t a huge fan, so I’d been back and forth on whether or not to see The Wolverine on opening night.  Or, at all, really.  But Hugh Jackman strapping on the claws once again?  Couldn’t really say no.

Unlike Origins which was a standalone movie, The Wolverine is actually a sequel to X-Men: The Last Stand and Logan’s demons over killing Jean Grey (Famke Janssen who cameos) in that film’s climax is a big part of what drives him in this outing.

Logan is invited to Japan by Rila Fukushima’s Yukio, where he’s to visit the deathbed of Yashida (Hal Yamanouchi), a former Japanese soldier who Logan saved from the World War II bombing of Nagasaki.  Yashida wants to borrow Logan’s healing factor and, in exchange, allow him to become mortal.  Logan declines but before he can leave Japan, Yashida dies and he finds himself in the midst of a power struggle for control of the family’s business.

At this point the plot starts to get muddled.  The main thread is Logan trying to protect Yashida’s granddaughter, Mariko (Tao Okamoto), who has been willed the company over her father, Shingen (Hirouki Sanada).  To do that he has to figure out who is out to kill her; her father, her fiance Noburo (Brian Tee), her childhood friend Harada (Will Yun Lee) or the Yakuza.  His ability to protect Mariko is impaired by Yashida’s doctor, played by Svetlana Khodchenkova, who saps Logan of his healing ability, and his constant dreams of Jean, who he was unable to save.

If James Mangold, who directed, or Mark Bomback and Scott Frank, who wrote the screenplay, had been able to keep those threads at the forefront of the plot the film probably would have turned out better.  Instead, several of the characters have multiple layers of shifting loyalties which are hard to follow and the final showdown at the film’s climax is telegraphed in the first 20 minutes of the movie.

The Wolverine does not, however, lack action.  Some of it is quick and brutal, such as the opening sequence in Nagasaki, while some is long and drawn out, like the attack at the funeral.  Logan is tested through the entire film both physically and mentally and Jackman shines the whole time.  I did have a problem with the fight choreography on a couple of occasions and there were several moments during the funeral where Mangold cut the shit out of the movie, which ruined the flow and made things hard to follow.

The scenes between Logan and Jean did a lot to help advance Wolverine as a character and the love story between Logan and Mariko gave the movie heart.  Yukio played an interesting role in the film and I would be more than happy to see her pop up again in another Wolverine or X-Men film.  I’ve been a fan of Will Yun Lee for a long time so I’m always happy to see him in a movie but felt his character wasn’t used well this time around.

As is now the tradition with Marvel movies, there’s a scene during the credits that includes two awesome cameos which I won’t mention here.  But I will say that they set up X-Men: Days of Future Past which will be released next year.  Don’t miss this scene!

The Wolverine is one of those movies that left me walking out of the theater undecided on exactly how I felt about it.  I didn’t hate the movie but didn’t love it either.  There’s a lot to like but there was just enough wrong with the movie that it took me a day to digest it before posting this review.

I have to recommend seeing The Wolverine and even springing for the theater ticket price, although not the 3D showings.  If you boil the movie down to three beats; Logan dealing with the death of Jean, the love story with Mariko and the X-Men teaser during the credits, you’ll get your money’s worth.

I think I can only serve up 3 wheels of cheddar our of 5 for The Wolverine…but there’ll be wine and maybe some tequila on the table with it.