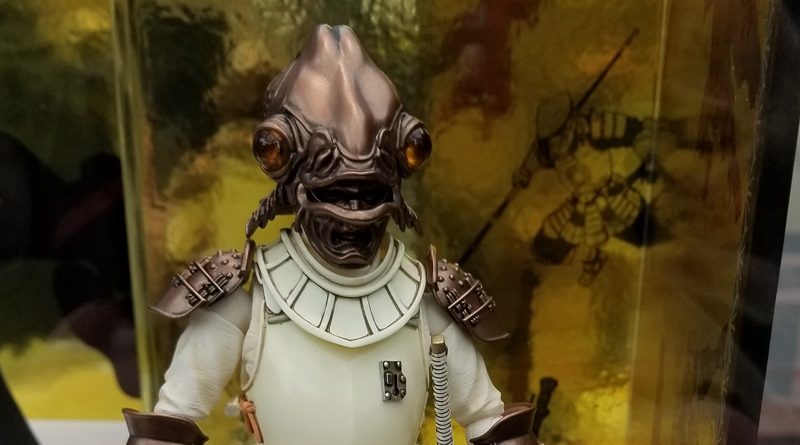 Tamashii Nations had a booth in the Crystal Palace during this year’s New York Comic Con. They were showing off their Movie Realization line of Samurai inspired Star Wars figures, including the newly announced Shogun Ackbar and Ronin IG-88. Along with the display of scaled action figures, Tamashii Nations had a full sized Darth Vader armor on display.

Most of the items on display were available for purchase at the show, including one of their newest releases, C-3PO.