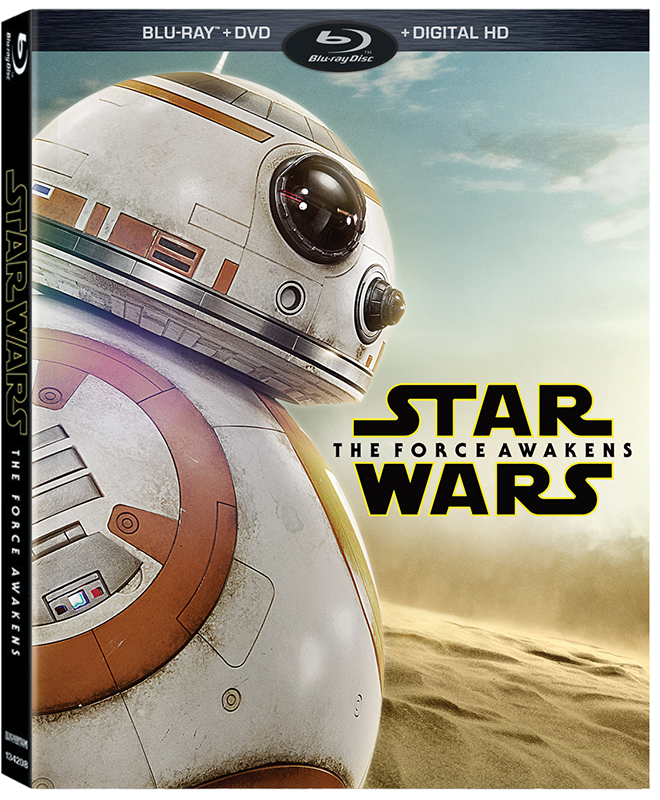 Release dates for Star Wars: The Force Awakens have been rumored for April after several advertising leaks but now it’s official. The Force Awakens will be available for digital download on April 1st and the DVD and Blu-ray will release to stores on April 5th.

There will be several store exclusives for Target, Walmart and Best Buy, with details posted in the announcement on StarWars.com.  The exclusives include packaging, bonus material and even a Topps Connexions disk in the Walmart release.

There are several features included with the release, including Building BB-8, John Williams: The Seventh Symphony, and deleted scenes.

The press release also mentions a 3D release which will be coming later in the year.