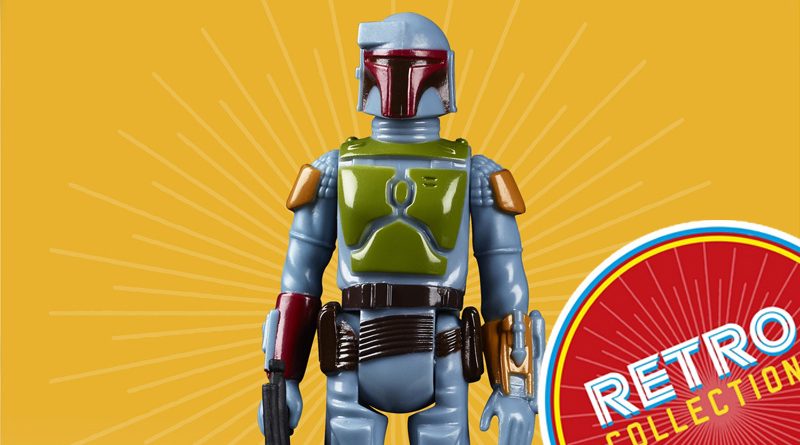 In 2019 Hasbro introduced a line of classic Kenner style figures called the Retro Collection. The figures mimic the 1977-1985 sculpts and card backs. The first wave included figures from Star Wars: A New Hope. For 2020, Hasbro is continuing the line by celebrating the 40th Anniversary of Star Wars: The Empire Strikes Back. The wave of six figures will also be joined by a Hoth Ice Planet Adventure Game which will include a seventh figure that was not produced by Kenner.

The six carded figures will be Walmart exclusives, releasing in the Spring. Pre-orders were posted to Walmart’s website yesterday and as of this writing, most are unavailable. We’ll include links below. According to a Q&A interview with Jedi News (Interview on Facebook) yesterday, Hasbro has said that these will be available to other retailers besides Walmart later in the year. This follows the pattern from 2019 after the line was exclusive to Target for the Father’s Day holiday. The individually carded figures are $9.99.

The Star Wars: The Empire Strikes Back Hoth Ice Planet Adventure Game recreates a classic board game and includes an exclusive Luke Skywalker (Snowspeeder) figure that is brand new. The board game has an MSRP of $24.99 and will be available online and in stores, it’s not exclusive to Walmart. EntertainmentEarth.com and BigBadToyStore.com are currently taking pre-orders with EE estimating March and BBTS May for release.

Press images and set info below from Hasbro.

Walmart links for the Retro Collection

STAR WARS: THE EMPIRE STRIKES BACK HOTH ICE PLANET ADVENTURE Game
(HASBRO/Ages 8 years & up/Players: 2-4/Approx. Retail Price: $24.99/Available: 4/27/2020)
Bring back memories with this retro edition of the HOTH ICE PLANET ADVENTURE board game. The game is based on the original board game from Kenner released in 1980 and features artwork inspired events from the second STAR WARS movie, THE EMPIRE STRIKES BACK. This edition of the board game includes an exclusive SNOWSPEEDER action figure. Fans can re-live STAR WARS moments from THE EMPIRE STIKES BACK as they imagine traveling around the dangerous ICE PLANET HOTH and become a JEDI KNIGHT. Using wits and the Force, players are challenged to battle the four fearsome Enemies they find along the way throughout their adventures on ICE PLANET HOTH. Who can defeat the most evil villain the EMPIRE can send against you? Gather the Force to fight and defeat DARTH VADER for the win. Available online and at specialty retailers.