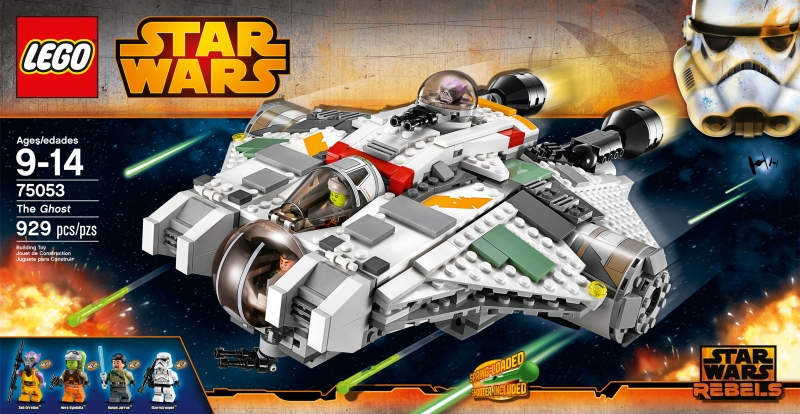 The Ghost (75053) has 929 pieces and will retail for $89.99.  The set includes the new ship that the show’s heroes will be using in the animated series debuting this fall.  The minifigures include Zeb Orrelios, Hera Syndulla, Kanan Jarrus and a Stormtrooper.

The Phantom (75048) has 234 pieces with an MSRP of $24.99 and includes Ezra Bridger and C1-10P.  The ship has a cockpit that can be combined with The Ghost to expand the play and building options.

Both ships are due in August just in time for the premier of the television show.

Thanks to Yakface.com for providing the high resolution photos.