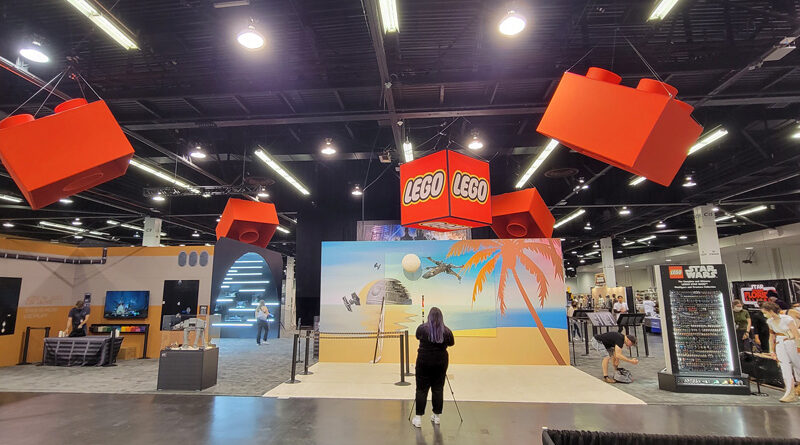 LEGO was another licensee with a large booth at Celebration Anaheim, and that included a store which not only was selling an early release of the new 40547 Obi-Wan Kenobi and Darth Vader BrickHeadz set but also had a selection of current releases and the new Skywalker Saga video game.

Along with a selection of sets that are out now, LEGO showed off five new sets that are coming this summer. The Mandalorian’s N-1 Starfighter has a June 1 release date while the rest are due out on August 1st. LEGO is taking pre-orders for the sets now on their website.

The LEGO booth had several large murals depicting posters for The Mandalorian, Obi-Wan Kenobi, The Bad Batch, and The Book of Boba Fett. A beach mural took shape during the convention and a large Darth Vader minifig came out to play some volleyball.

For fans of the Star Wars minifigures, LEGO had a large display which was billed as “The Complete and Ultimage LEGO Star Wars Minifigure and Creature Collection.”