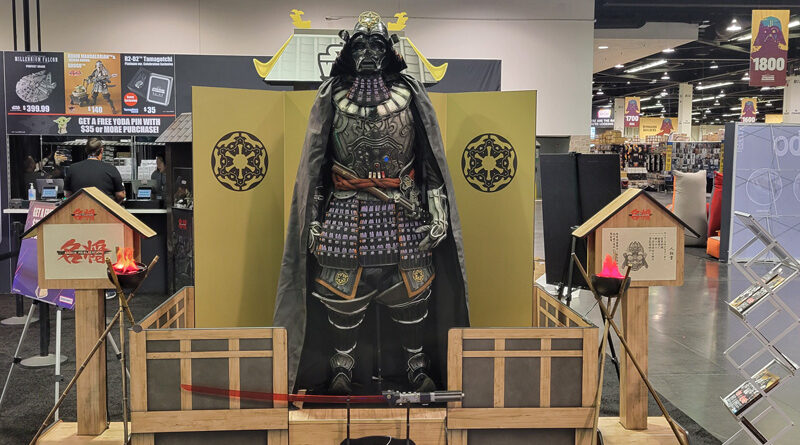 Bandai Namco had a very busy booth during Celebration, they were showing off new Tamashii Nations S.H. Figuarts and Banpresto figures and models from Star Wars Visions along with their very popular Meisho Movie Realization line. The new Ronin Mandalorian (Beskar Armor) & Grogu figure was on sale as were several other figures and models, including the previously sold out Millennium Falcon.

Visitors to the booth could build a model of the Razor Crest and take part in a vote for the next figure to be released in the Movie Realization line. When we stopped Thursday afternoon, Ronin IG-11 and Yojinbo Mandalorian & Grogu appeared to be in the lead but over the weekend when we stopped in, the Nobushi Gamorrean Guard had been receiving a lot of votes. The vote was only for the next release and if a character didn’t win, that didn’t mean that the others wouldn’t be available at a later date. Early in the weekend, voters could pick up a free pin, there were four including Jango Fett, Snowtrooper, Kylo Ren, and C-3PO.

On display was a new Daimyo Boba Fett on throne that was in an amazing diorama. Lots of questions were asked about the dio, but that was just for display at the show.