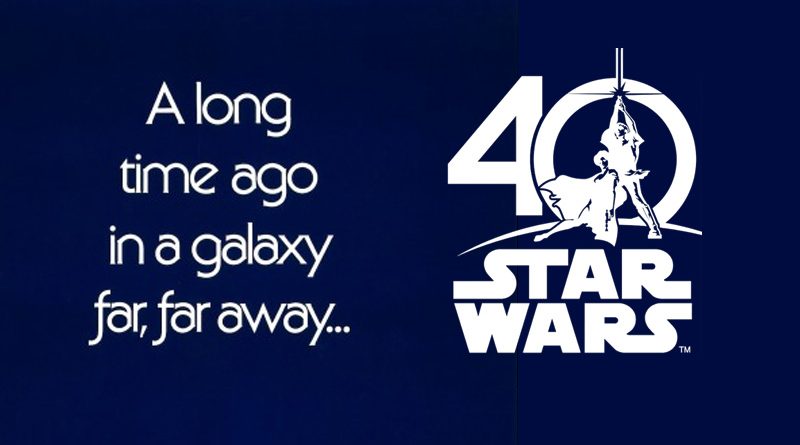 Star Wars was released 40 years ago today, May 25, 1977.  It only opened in 32 theaters but it has gone on to gross over $460 million at the U.S. box office and spawned seven additional movies plus animated televisions series, books, comics, and a huge collectibles market.

We’ve talked to hundreds of fans over the years, and while everyone gravitates to a different film in the Saga more than the others, we think that many would concede that the original Star Wars film, subtitled A New Hope in 1981, would be the top pick in a hypothetical “what if you could only watch one” situation. From the opening crawl and the Star Destroyer flying in from above to Luke training with his lightsaber to the final Death Star battle, Star Wars: A New Hope is one of the best adventure movies of all time.

Now, 40 years later, we have new films to look forward to, new heroes, and new adventures. We’ll be celebration by watching A New Hope later today and we can’t wait to see what the next 40 years brings.