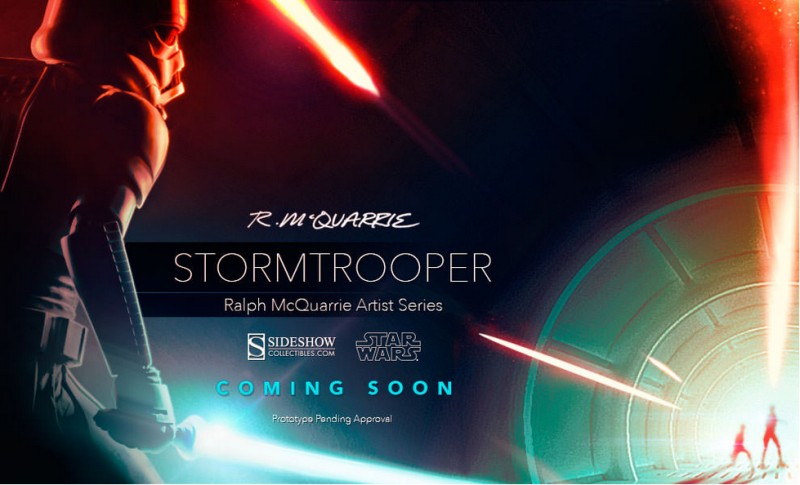 Sideshow announced they’d be doing a Ralph McQuarrie Artist Series line of statues and teased several during the 2014 Sand Diego Comic-Con. Today, as part of the 12 Days of Sideshow they announced the Stormtrooper as coming soon.

There isn’t much in the photo so we’re looking forward to a full preview. The teaser image also comes with the standard caveat for early looks, “Prototype Pending Approval.” We’re not sure if a scale was announced for this line so it will be interesting to see if they’re scaled to the Premium Format line or will have their own scale like the Mythos line.

We’ll have more info when it becomes available.