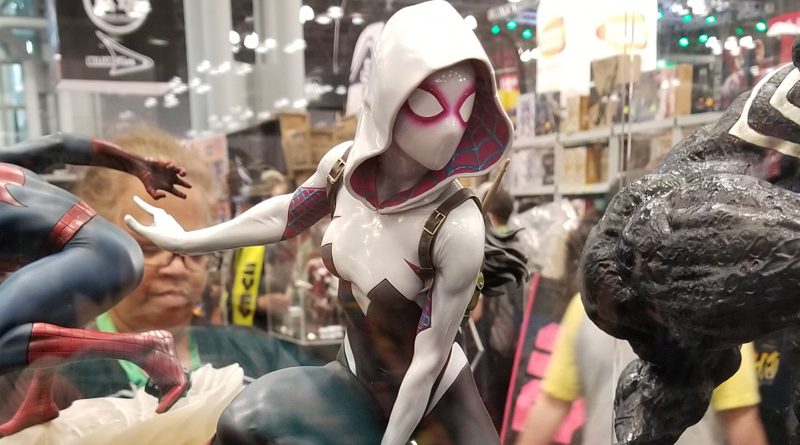 Joining the DC Comics collectibles in the Sideshow booth at NYCC were a number of Marvel Comics releases from both Sideshow and Hot Toys. The biggest display of 1:6 figures were from Hot Toys and included several upcoming releases for Thor: Ragnarok including Thor, Hulk, Valkyrie, Loki, and Hela.  Ghostrider and Yondu were also in the case along with Rocket and Star Lord.

On the Sideshow side, Thursday saw the unveiling of the new Mark Brooks Artist Series Spider-Man statues. Included were Spider-Man, Spider-Gwen, Silk, and Venom. In the 1:6 scale, Sideshow had new versions of Thor, Ghostrider, and Daredevil.