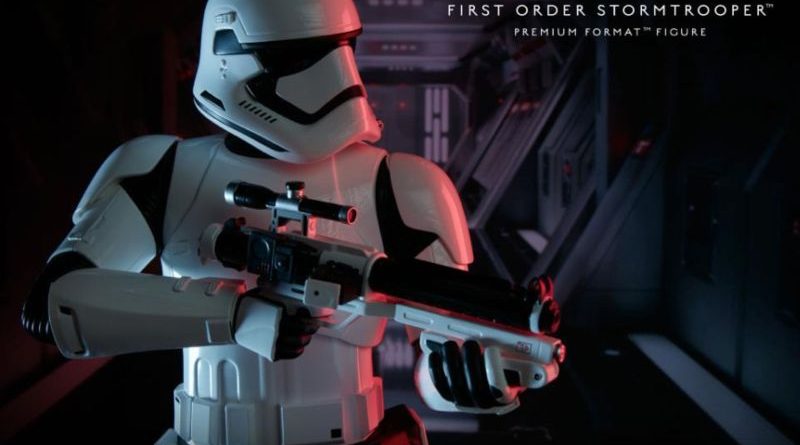 Kotobukiya, Gentle Giant, Sideshow and others held a Collector’s Panel after Hasbro and announced several higher end collectibles that fans will be looking forward to adding to their collections.

Some of the items from Sideshow and Gentle Giant were previewed online or earlier in the weekend at their respective booths. Still, there were some new items announced, including Gentle Giant’s Collector’s Gallery statues, Tamashii Nation’s Archer Stormtrooper, and Kotobukiya’s R-3PO and R2-Q2 ARTFX+ figures.  Listings and photos below.

Both R-3PO and R2-Q2 will be Barnes & Noble exclusives and retail for $49.95 and $44.95 respectively. R2-Q2 will come with a collector coin as the other astromechs in the ARTFX+ line have.

The ARTFX+ are 1:10 scale statues while ARTFX is 1:7, which is a little larger than the FX+ line. Vader and Kylo Ren are both in the ARTFX line so the MSRP will be higher than the others announced.

Kotobukiya will be producing Rogue One statues but didn’t announce them today.

The 1:8 scale statue line kicked off with the kneeling Darth Vader statue which was based on the larger 1:6 version previously released.  Greedo, in the Jumbo line, is based on an unreleased prototype from the Power of the Force line.

As with Koto, Gentle Giant will be producing Rogue One items.  While nothing from Rogue One is being shown, apparently today is the day that license holders can announce whether or not they’ll be producing products from the new film.

A die-cast C-3PO figure was shown during the presentation and a tease for R2-D2.

Sideshow started off showing photos of product that were either already announced (some already available for pre-order) or previewed at the booth this weekend.

Sideshow is also working on Premium Format versions of Rey and BB-8 as well as Rogue One characters.

The Propshop will be releasing a Millennium Falcon cockpit panel with light-up features. They have already announced a couple helmets along with Chewbacca’s bowcaster, Rey’s staff, and Kylo Ren’s lightsaber hilt.

All of the Propshop replicas are produced in the same was as the screen-used props are. That creates a higher MSRP than eFX but the items are incredibly detailed.