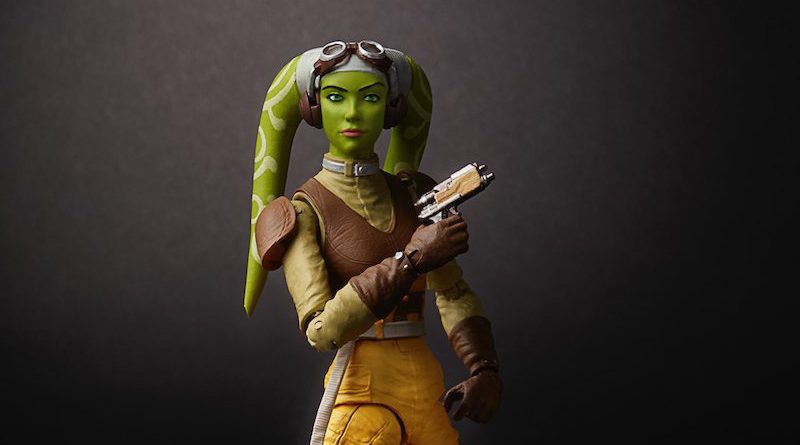 Hasbro just held their San Diego Comic-Con panel and made several new Black Series announcements as well as announcing Jaina Solo as the winner of the 2016 Fans’ Choice Poll.  Other than the Jyn Erso Black Series figure, there was only one other Rogue One announcement but it was a big one; a walking 3.75″ scale AT-ACT.

Along with five new Black Series 6′ figures, Hasbro also announced two new Titanium Helmet sets and a new FX Lightsaber.  There are new Rebels figures coming along with Hera and her A-Wing, which was shown at Celebration Europe last weekend.  A list of announced figures, some additional details on the AT-ACT and responses to several questions are below.

The Force Awakens and Rebels

That AT-ACT will have lights and sounds and can walk and be controlled by a smartphone. The side will pull out to create a bunker as seen in the film. Finally, it will fire NERF darts similar to Hera’s A-Wing and the Millennium Falcon that was released for The Force Awakens.  From the photos, it appears to be similar in size to the vintage and Power of the Force 2 versions of the AT-AT and it is in scale to the 3.75″ figures.

We’re very pleased to hear that Hera will be joining the 6″ Black Series line. It may also explain why she wasn’t in this year’s Fans’ Choice Poll, where it seemed that she had quite a few votes leading into the final six that went up for a vote.

For fans of the 3.75″ Black Series, it will continue as a Walmart exclusive and Hasbro said to expect Rogue One characters.

Other questions included better distribution for key character such as Rey and Kylo along with others and Hasbro said they’re still shipping.  We can also expect more 6″ vehicles next year.  Hasbro is still working on a The Force Awakens Luke Skywalker.  Bala-Tik and Kanjiklub figures are a possibility in the future.

UPDATE: Hasbro unveiled a Rogue One diorama at their booth on the SDCC show floor and added some figures to their case. While not announced during the presentation, the dio and case have 3.75″ Death Troopers and Stormtroopers in them along with the AT-ACT that was shown during the panel.