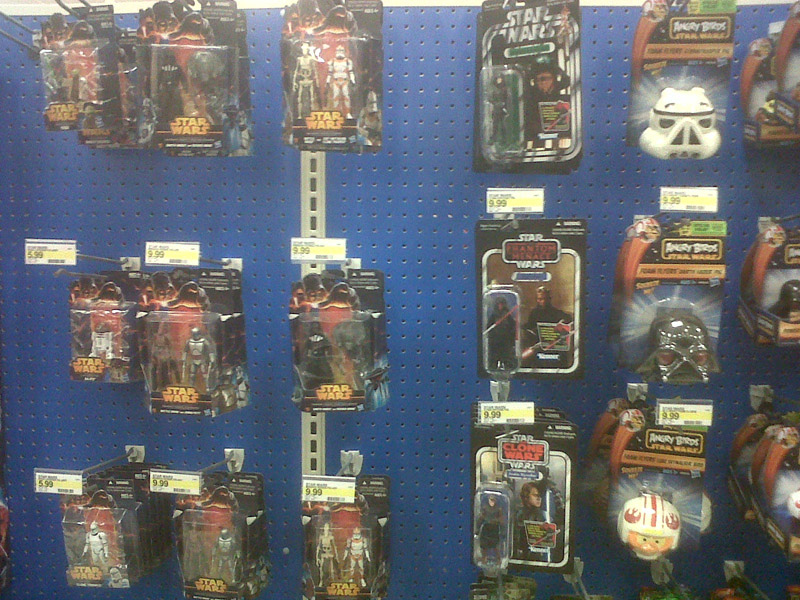 It was pointed out by Jedi Temple Archives that Target was reusing the Vintage Collection DPCI number for the new 3.75″ Black Series of action figures, a piece of information backed up by Darth Chuck, via Twitter.

Our local Target reset earlier in the week and we noticed that alongside the Saga Legends and Mission Series pegs were three pegs tagged Vintage Collection.  No Black Series in sight.  Earlier today, we stopped in to find the pegs freshly stocked with a case of 2012 Wave 3 Vintage Collection figures.

For those not up on case assortments, that wave included the first release of Darth Malgus, Luke Skywalker in his Hoth gear and the Imperial Navy Commander, and was originally released in April 2012.  The Target that stocked these has not had Vintage Collection figures in stock for several months and hadn’t received any new shipments this year, prior to removal of the peg space for them.

It seems really bizarre to us that a store would pass up on carrying toys from a new launch, Black Series, in favor of stocking toys that are nearly a year and a half old.  It is, however, a perfect example of how completely out of touch Hasbro and the retailers are.