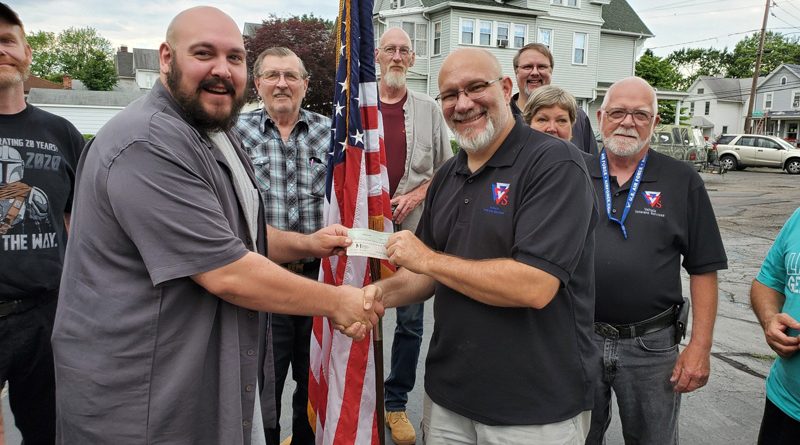 PSWCS.org launched sales of a Boba Fett medallion on May 18, 2020 and thanks to the amazing support of the collector community, sold out in just 58 hours.

On June 26th, several members of the PSWCS.org board, along with Pennsylvania Star Wars Collecting Society members, were able to attend a Valhalla Veteran’s Services meeting where they presented a check for $6571 to the Executive Director, Eric Darling.

Thanks to all those that purchased the Boba Fett medallion, the 10th in the series, this donation was possible. We look forward to working with more charities in the future and with the support of fans, hope to continue donating to deserving organizations in and around Pennsylvania.

Valhalla Veteran’s Services is a 501(c)(3) non-profit organization that provides Counseling, Continuing Education Seminars, Applied Suicide Intervention Skills Training, and Group Education to all warriors (veterans and first-responders) who have faithfully served our Nation and their families. Valhalla Veteran’s Services Vision is to Evolve into a platform where all warriors, first responders, and supporting organizations can come together under one operating network. Effectively provide hope, purpose, and connection to every warrior in need, while creating a cultural change in the way society views, researches, and treats suicide. Their ultimate mission is to stop suicides in the warrior community. Their board of directors are all veterans or spouses who believe that the best people to train veterans or teach veterans about veterans are veterans.