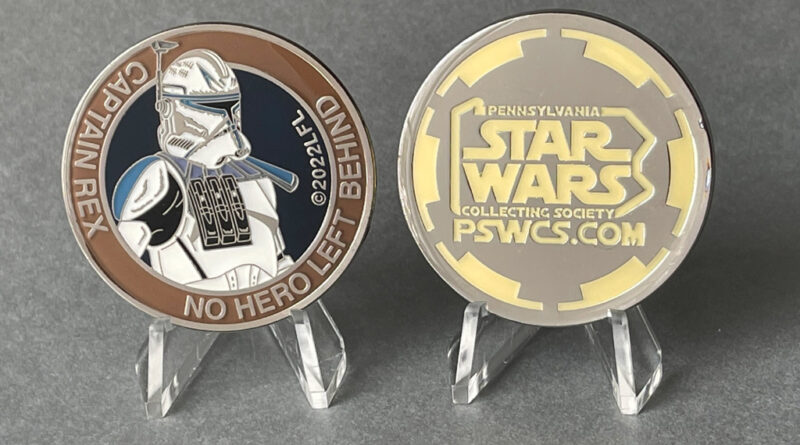 PSWCS.org, in conjunction with the Pennsylvania Star Wars Collecting Society (PSWCS), is excited to announce that their 12th charity medallion in support of No Hero Left Behind is over 75% sold out. Don’t miss out on getting this legendary medallion, order yours today!

One medallions will be $12.65 shipped in the USA and will be accompanied by a Certificate of Authenticity. Shipping is calculated at checkout for larger quantities. Due to changes in international shipping and tax law, we are unable to ship overseas. Place your order now at  pswcs.com/charity.cfm. Please allow up to 3 weeks for shipping. 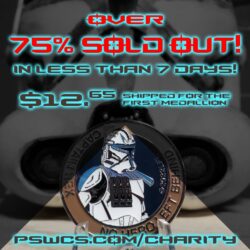