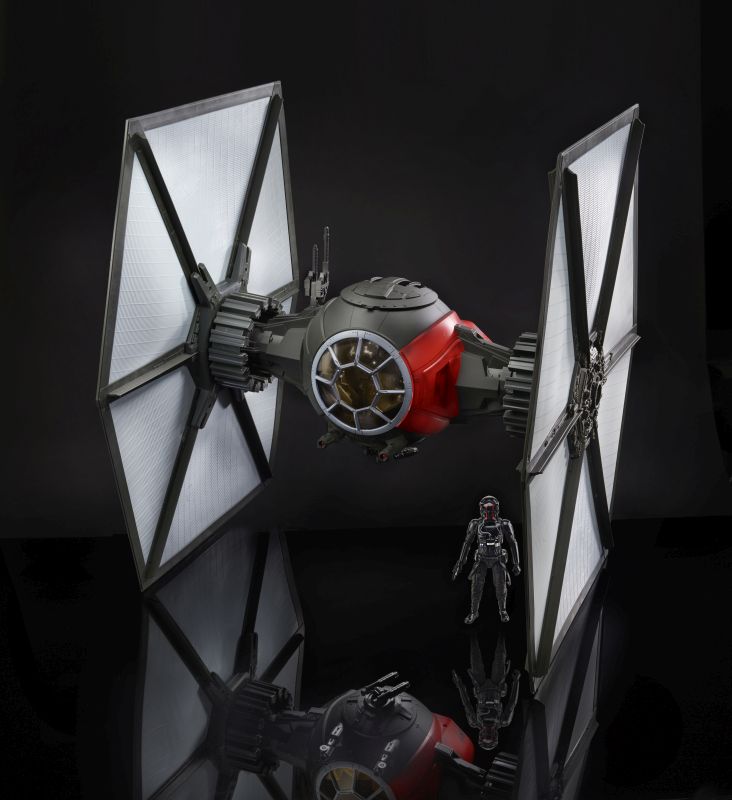 If you are a fan of the 6″ Black Series figures then this year’s San Diego Comic-Con gave you a lot to be excited about. If not then it could be considered a letdown.

What we did see were painted versions of the Ahsoka Black Series figure debuted at Celebration Anaheim, the rumored Jango Fett and two new reveals; A New Hope Luke Skywalker and a realistic Kanan Jarrus from Rebels

Hasbro announced during their panel that the winner of the latest fans’ choice poll was Darth Revan.  They also decided to make Sabine which, while being excellent news, also seems to point to her already being in production since her accessories were already announced even though the poll had only closed just prior to the presentation.

Two new Force FX lightsabers were shown, Yoda and Darth Vader, and finally was the announcement of the return of the Titanium line.  Seeing the Titanium line back on the pegs should be a welcomed announcement but the line will directly compete with the new Mattel line and even includes a similar lineup with an X-Wing, Y-Wing, Slave I, and Snowspeeder shown alongside an AT-AT, TIE Advanced, Landspeeder and B-Wing. Even if Mattel wasn’t already on the market, nothing was shown that wasn’t previously released by Hasbro in the Titanium line.

When The Force Awakens line launches on September 4th we’re sure there will be lots of surprises and things to be excited about but that doesn’t soften the blow of Hasbro’s lackluster presentation on Friday.