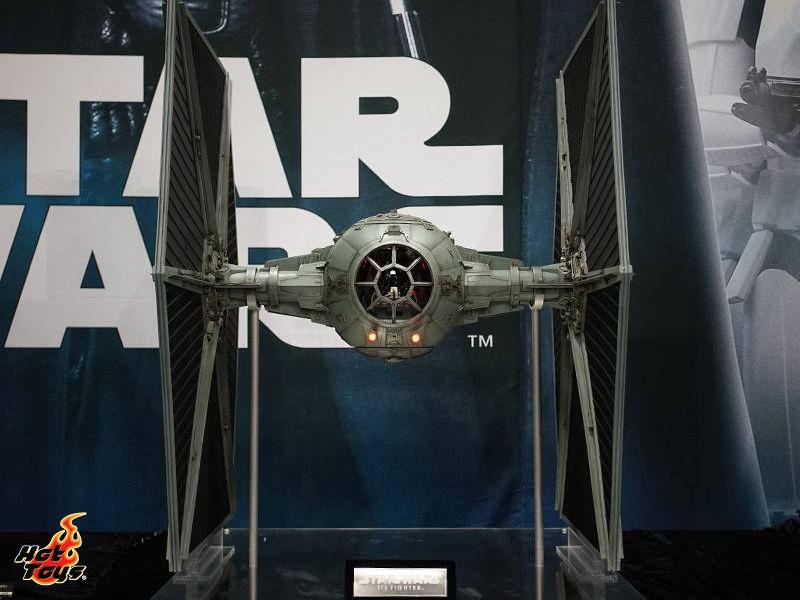 San Diego Comic-Con kicked off last night with preview night and already we’re seeing some new items that were either just announced or are being previewed for the first time.

The two biggest (pun kind of intended) are the Millennium Falcon cockpit and TIE Fighter 1:6 scale vehicle environments from Hot Toys.  The Falcon cockpit was first teased a few days ago and now we have some photos of it with figures included to get an idea of scale.  But newly shown off last night was an incredible TIE Fighter! Although the cockpit pod of the TIE isn’t that large, the huge wings make it an incredibly large display piece.

On the collectible figure front, we have a new look at the upcoming A New Hope Luke Skywalker and Princess Leia figures.  They’re joined by a newly announced Luke Skywalker in Stormtrooper outfit from the same movie.  Boba Fett fans will be happy to see the Hot Toys take on the bounty hunter with the release of their Return of the Jedi version. There will also be a 1:4 scale Stormtrooper figure on the way.

The photos above, along with a lot more of other licenses, including Marvel and Back to the Future, are on the Hot Toys Facebook page.