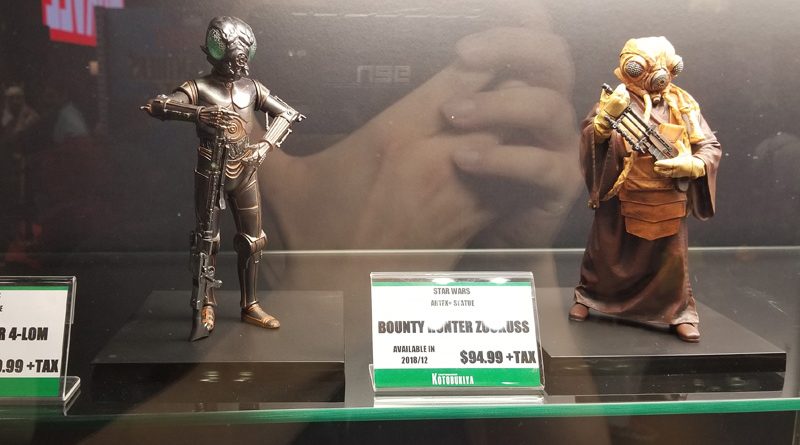 Kotobukiya had a smaller display of statues this year and all of the Star Wars items were previously announced and are available for order now. All of the Star Wars: The Empire Strikes Back ARTFX+ statues were in the booth and will be released over the next several months.

Three new items we noted were the upcoming Bishoujo of G.I. Joe characters Scarlett, Lady Jaye, and the Baroness. Only artwork was available, no 3D models were on display.