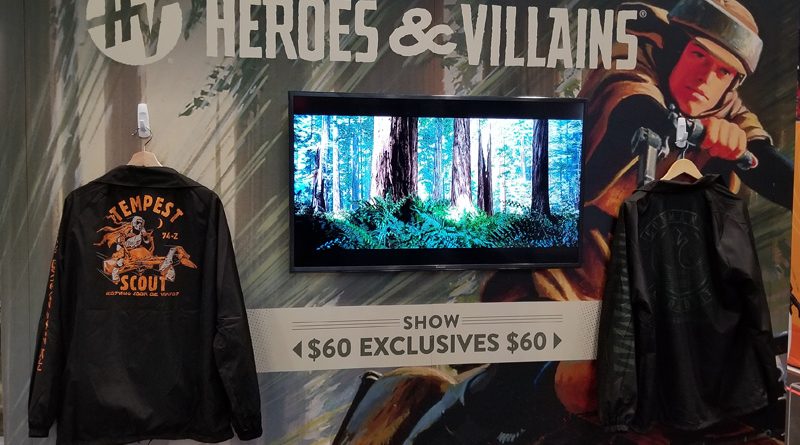 Bioware has been putting out Star Wars themed backpack and handbags, including themed sets, for a while. Back in July it was announced that Bioworld would go forward with the Star War license under the brand Heroes and Villains.

At New York Comic Con we got a look at some new items including the Endor themed sets based on Scout Troopers and Rebel Commandos. The lines consist of backpacks, handbags, wallets, hats and apparel including shirts and jackets.