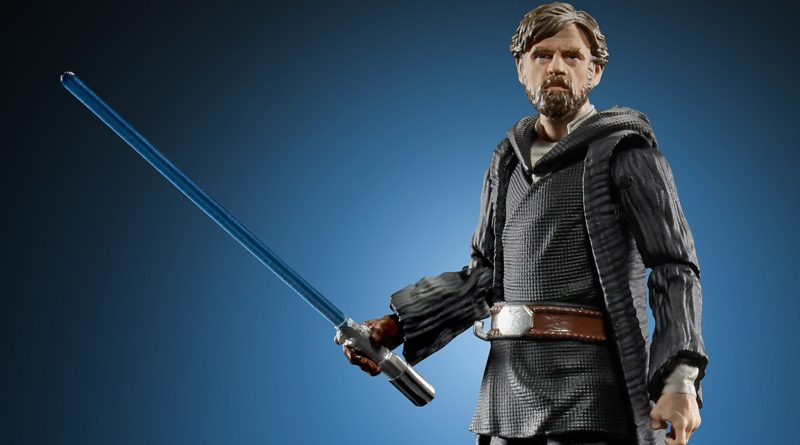 Hasbro had three events at New York  Comic Con this year, an invite only press event, a live stream announcement on the SyFy stage on Friday afternoon, and a panel presentation Sunday afternoon. They announced several new items for the Black Series 6″ line as well as The Vintage Collection during those events. You can see our recording of the Friday live stream on our YouTube channel and we’ll have the recorded Sunday panel online shortly.

New Black Series figures announced during Comic Con include the following. If the figure is an exclusive, the retailer is listed in parenthesis.

The Luke Skywalker Stormtrooper figure is interesting in that the wet hair head sculpt was originally planned for the first release of the figure but cost kept it out. It was shown in a large diorama that Hasbro had on display at the 2017 San Diego Comic-Con and their own HASCON event in Rhode Island. You can see the figure in the photos we posted of the diorama from HASCON.

The Vintage Collection line had fewer new announcements but we also found out about some classic TVC figures that will be coming back. Figures that were previously released will come on the same card back with the same numbering scheme. They’re listed separately in the list below.

Previously announced figures, VC-132 Yak Face and VC-135 Klaatu (Skiff Guard), were on display at the press event as well.