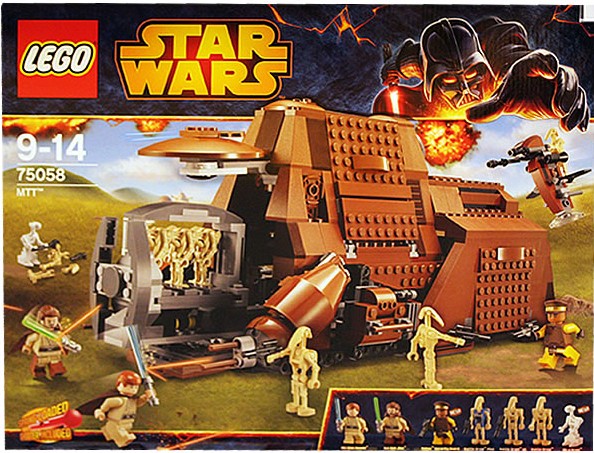 Thanks to Hoth Bricks we have a photo of the upcoming MTT from Lego. The set is #75058 and includes Obi-Wan, Qui-Gon, Naboo Security, Battle Droid Pilot and 7 Battle Droids along with PK-4. A photo of the minifigs was teased a week or two ago but not what set they would belong to.

This is the third release of an MTT by Lego and appears, at first glance, to fall between the previous version in piece counts.  We’ll have more info on this set when it shows up later this summer.