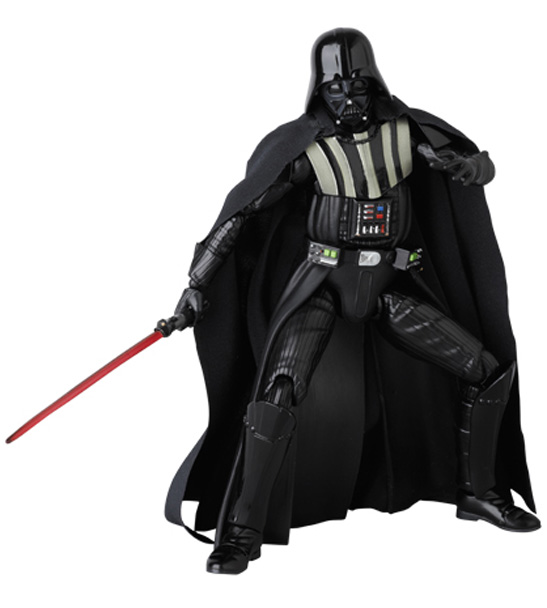 Back in February we let you know that Medicom was planning on releasing Star Wars figures in their new MAFEX line and now we have more information and teaser images of their first release, Darth Vader.

Medicom’s Darth Vader will be approximately 7″ tall with an MSRP of $44 US which may be higher once import markup is added on.  He’ll include a figure stand, cloth cape and lightsaber and multiple points of articulation.  There is an alternate right hand featuring a stump where Luke cut off his hand in Retrun of the Jedi.  The figure also looks to have a multiple stage removable helmet which reveals the scarred face of Anakin Skywalker.

The Medicom MAFEX Darth Vader is scheduled for a December 2014 release.