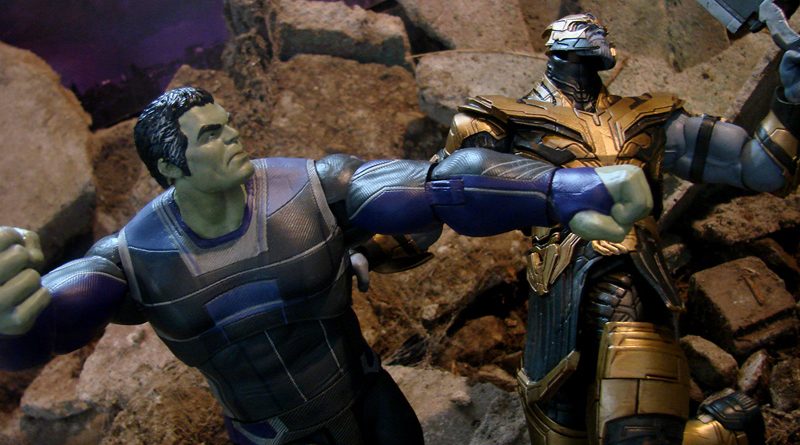 With the world still reeling from the aftershocks of Marvel’s Avengers: Endgame, Diamond Select Toys has teamed up with the Disney Store to offer three new Marvel Select action figures! These exclusive figures are based on both Avengers: Endgame and Captain Marvel, and all are fan-demanded figures that are sure to round out any Avengers action figure collection!

The first figure is of Captain Marvel, a.k.a. Carol Danvers, in her traditional red-and-blue colors as seen at the end of her self-titled feature film, as well as in Avengers: Endgame. This approximately 6.5-inch figure features 16 points of articulation and comes with masked and unmasked heads, five sets of interchangeable hands, two energy blasts with support stands, and Goose the Flerken.

The second figure is of the hyper-intelligent Hulk, a.k.a. Bruce Banner, in his Avengers: Endgame outfit, with an exclusive angry head. Measuring approximately 8.5 inches tall, the figure features 16 points of articulation and comes with two sets of interchangeable hands, open and clenched.

All figures will be available for purchase on December 9 in North America, in-store and online at shopdisney.com and shop.marvel.com. Each figure will also be available internationally, find a store at disneystore.eu. Each figure comes packaged in display-ready Select packaging, with side-panel artwork for shelf reference.